Zsolt, our main man in Barcelona, reporting for us and sister sites Mobilissimo.ro and Tablet-News.com is now back for another day of hands on action. Today we have a look at LG’s first quad core handset, the LG Optimus 4X, that’s actually a very fine device, with a slim waistline and nice look. This is actually the first quad core phone that was made official, since LG rushed to announce it last week. 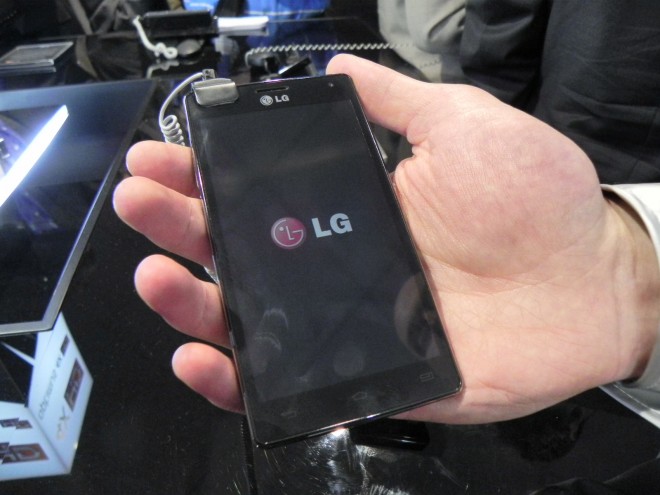 The design is traditional for the Optimus series and there’s a nice texture at the back. In contract with the latest HTC One models, the LG Optimus 4X HD has a removable battery and it holds back from customizing the Android 4.0 stock experience too much, which is good news, since I wasn’t a fan of the LG Optimus UI. And now here’s a rundown of the specs for this model:

The device’s settings, customizable menu and the HD game Riptide are shown in the video demo below. The game looks very, very nice and the four cores are really put to work here. Actually, there’s a fifth core for more standard actions, with low consumption of battery. I’m really curios about the battery life of this model, since the LG Optimus 2X and 3D were rather poor in this aspect. More info when we get it, but till then you have the video below and photo gallery.