The ViewSonic ViewPhone 4S isn’t called “4S” for nothing, since it shares both the name and the screen with the latest iPhone. I’m talking obviously about the Retina Display, or at least a very similar panel that’s incorporated into this new ViewPhone model brought for showcasing purposes at Barcelona, MWC 2012. I must mention that this is a dual SIM Android phone. 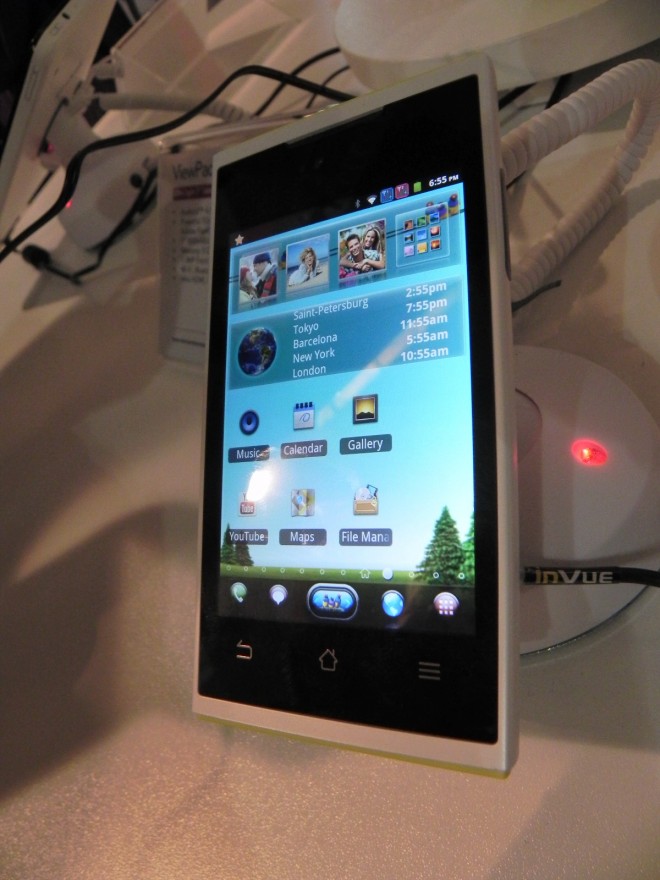 In the lower side of the handset we find a lid that covers the two SIM slots and the microSD one, so there’s no need to remove the battery in order to dig for the SIMs. The 3D interface on this phone looks very nice and it was applied to a ViewSonic tablet or two and it’s based on the SPB Shell 3D technology. As far as specs go, here’s what you get:

The handset runs Android 4.0, adopts a squared design, just like the one of the LG L series phones. Under the 3D SPB Shell 3D interface I almost don’t recognize Android 4.0 and I’m guessing that such an UI puts heavy stress on the feeble CPU, so lag should happen. The case of the handset feels cheap and fragile, but this is a dual SIM Android phone still, so it will most likely be affordable.