The Sony Smart Watch was an item that we knew about since CES 2012 and now we got to film it in action at MWC 2012. The device is a pleasant surprise, since it comes in handy in some aspects. It can be used as sort of a remote for the Xperia phones and you should know that this product will be launched in about a month or so, with a price tag of 129 euros. 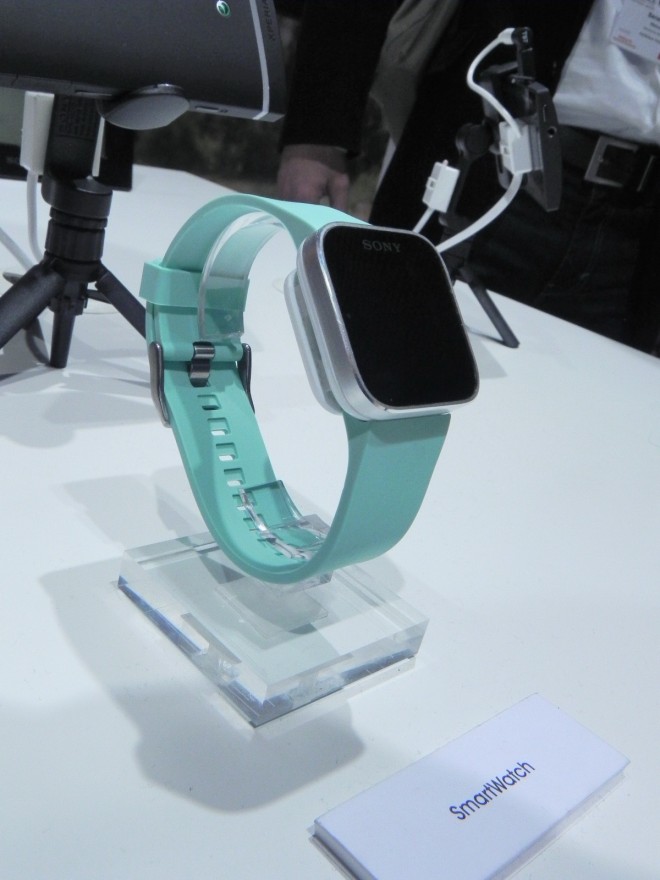 The watch can be connected to an Xperia phone and it allows one to read emails, texts and check out the Facebook and Twitter statuses. You can even use the Smart Watch to control phone apps, like the music player and even the camera of the handset, taking pictures of yourself, for example. This product supports around 255 widgets, which is quite a lot for such a small gadget. And here’s the feature list:

The small size screen may become an issue if you have sausage fingers, but other than that it’s a pretty good idea. The preview below has some problems with the brightness of the Sony Smart Watch and I certainly hope it can go higher than that. Know that this gadget allows you to start voice calls using the phone’s contacts list, but the calls will require a Bluetooth headset. When you get a call and can’t answer it, you can be notified by the watch and answer that call with a predefined message. How cool is that?