Sony is expanding its portofolio in 2012 with another model with 720p display, the Xperia Ion, that brings LTE into the series of devices made by the Japanese company. The Ion can be seen as sort of a big brother for the Xperia S, since it has a bigger display, but it’s not as pretty as the Xperia S, since it doesn’t have that transparent bar at the bottom. This model is meant for AT&T exclusivity for now. 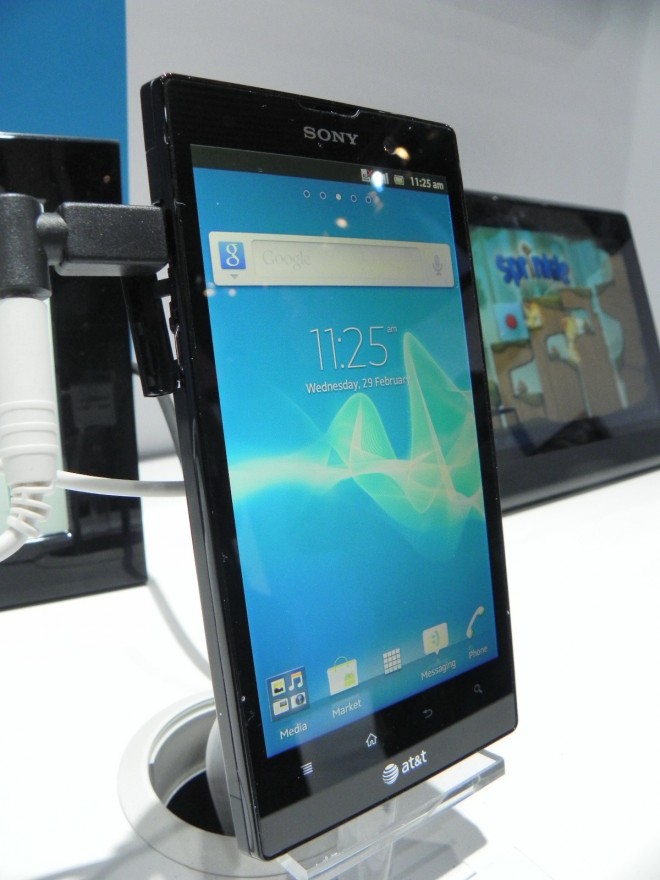 Xperia Ion uses the same camera at the Xperia S, it also brings a HDMI port and a microSD card slot as extra (lacking from the S model). The screen here uses Sony BRAVIA Mobile tech, so it’s very crisp and clear. You can see in the video preview below that the handset is connected to a big screen TV, that displays its interface, a videogame and other stuff. There’s even a special launcher for such situations on the phone, showing some important features as icons in a horizontal line at the bottom of the screen. And now some specs for the Xperia Ion:

For now this model runs Android 2.3, but Android 4.0 will be coming in the near future. The handset is supposed to debut globally this month, according to the person at the booth, that also had some trouble with the handset’s landscape orientation of the display, at the end of the video. What I can say is that the Xperia Ion has a solid feeling in the user’s hand and although it lacks that transparent bar, it’s still a pretty handset and an elegant one.