It’s been a thrill and a joy to have fun at the Sony booth at MWC 2012, particularly since their new devices are so nice and look so hot. The best of the bunch is certainly the Sony Xperia S, that was announced in January at CES 2012. This phone looks good, has great hardware and it’s a sign of things to come from Sony. We give you a hands on video with the device and a full gallery below. 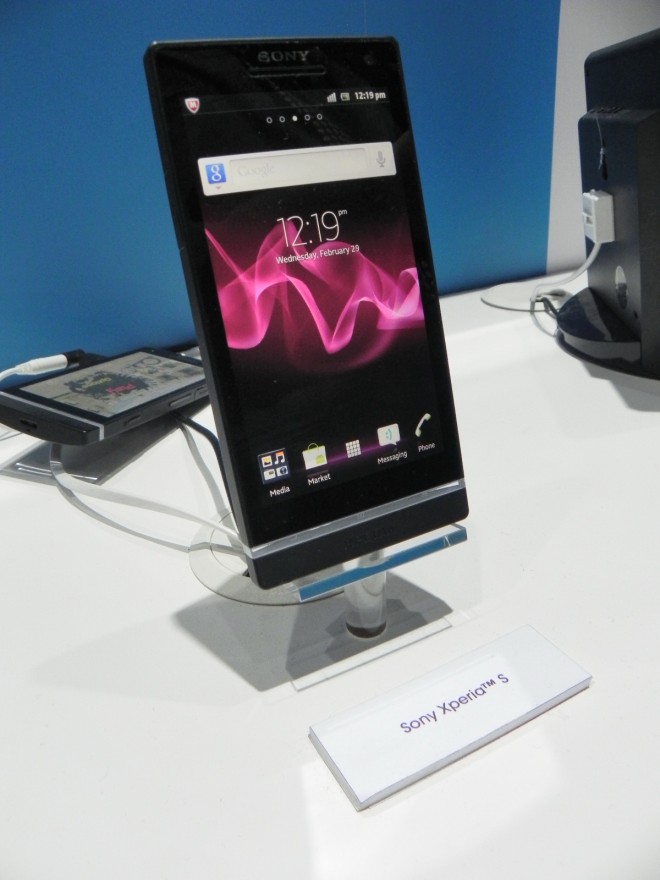 As we speak, this model has just started sales in Europe. Know that it comes without a microSD card slot, it runs Android 2.3 Gingerbread, but an ICS upgrade has been promised at the Sony booth and that will happen ASAP. In the preview below the purpose of the transparent bar at the lower part of the phone is detailed as both a design feature and a nice way to incorporate the capacitive Android buttons discretely. Here’s what the Xperia S brings hardware-wise:

You must know that the Sony Xperia S also brings a quick charge feature, that gives it enough juice for 1 hour of functioning after a mere 10 minutes of charging. The handset is also covered with a dirt repellent layer and it comes with the latest TimeScape, you know that feature that brings together texts, missed calls, Facebook and Twitter. That Sony Mobile BRAVIA screen looks fantastic and this model will be a hot seller for sure.