Huawei was the first company to hold a conference at MWC 2012 and that happened last Sunday, so a lot of hands on action has been available this week, with their products. Now we offer you a preview of the Huawei Ascend P1 handset, that was showcased in January at CES 2012 and not it also came to Europe, in Barcelona. There’s also an ultraslim version of this phone, the P1 S, that’s actually the thinnest phone in the world. 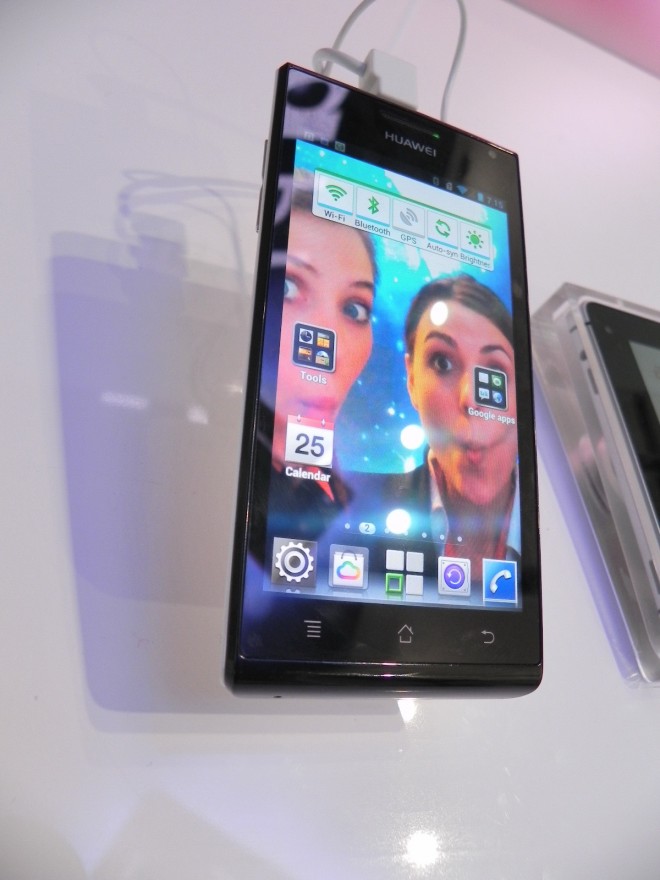 However, today we’re only dealing with the P1, that’s also reasonably slim at 7.7 mm in waistline. The phone looks nice and it seems to feature a special photo widget on the screen. The video below shows you the ports on this device and also we find out that it has a non removable battery, an interesting unlock screen and some nifty transitions and animations. When you switch from one app screen to another it looks as if a cube was rotating.

Too bad that the person doing the preview of the Huawei Ascend P1 wasn’t too excited about the phone or maybe he wasn’t too much in the know, when it comes to device hardware. However, this is a pretty good phone, from what I saw here and if it’s priced reasonably, let’s say less than $400 without contract, it could get some traction. Huawei is a brand that we usually associate with telecom equipment and low end phones, but now they want to be big players in the high end field. Let’s see how that works out for them.