Another hour, another ZTE phone at MWC 2012, for a total of 8 such devices. The Asian phone maker is decided to conquer the European market and it even brought a quad core phone or two for that task. One of the newcomers is ZTE Era, that was caught in action by our man at MWC 2012, Zsolt. You can find out more details below and see the handset from various angles in the preview after the break. 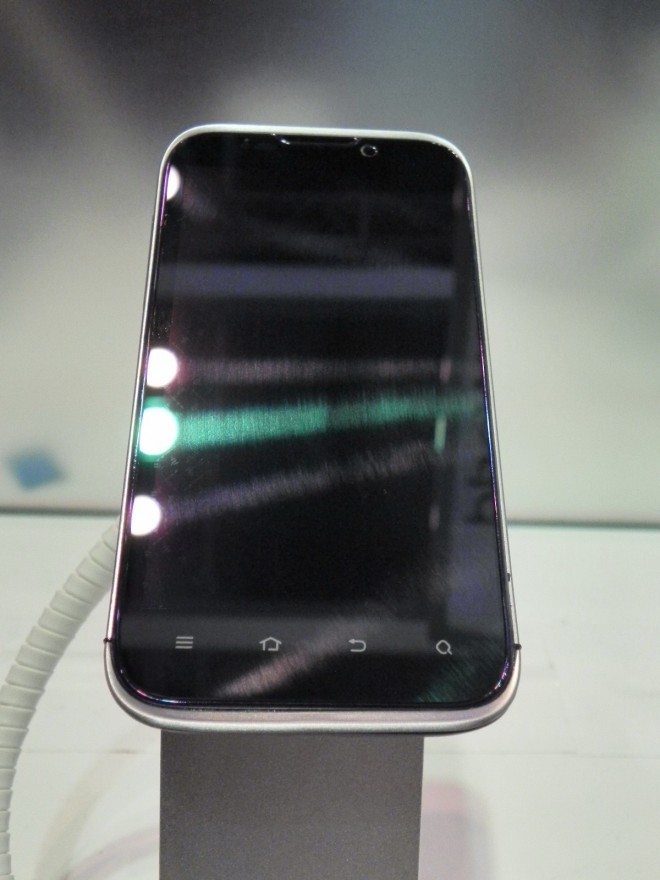 I’m talking about a Tegra 3 smartphone here, one with a design that reminds me of HTC, especially that wannabe chin in the lower side. This handset runs Android 4.0 and at the back it uses a metallic case with an upper and lower part made of plastic. Nvidia must be really proud of this unit, since aside from its Tegra 3 processor, it also integrates the HSPA+ Icera 450 modem, also made by Nvidia. And now folks, here are the specs:

ZTE Era is a pretty thin phone, actually as thin as HTC’s slimmest smartphone, so that’s got to count for something. One could say that this model also resembles the Nexus One a bit, if you were nostalgic. The 3D effects of the UI on ZTE Era are nice, the display is crisp, bright and Android 4.0 is not overly customized, which is a good thing, since we like it so much in stock version. Will ZTE take over Europe? I don’t know, but this model will surely sell well.