If you want to watch the full HTC keynote at MWC 2012, we have it here for you, in two parts and you’ll get to see CEO Peter Chou debuting the HTC One series and talking about innovation coming from his company. This conference took place on February 26th as MWC 2012 began and it was a brilliantly organized conference, I’ll give you that much. 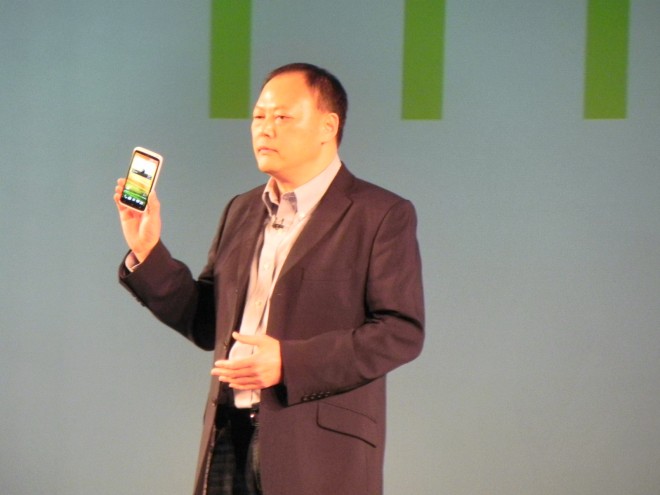 Journalists who took part in the Sony conference that happened a couple of hours before the HTC one got some special transport to the HTC event, that’s a very cool way to handle things from MWC organizers, especially since 13 km separated the two events. HTC’s conferences had a huge audience and each and every journalist has his own wired Internet connection, while some lucky press members also got a power source. As far as the conference goes, it all started with the details on the One series and HTC Sense 4.0.

We found out that we now get 25GB of free Dropbox with the HTC Sense 4.0 devices, better cameras on new devices and a tribute for HTC Legend through the design of HTC One V. HTC One S came out as the slimmest HTC ever, while One X was the quad core powerhouse and the attraction of the night. These are all Android 4.0 models and we were shown at some point a comparison between the results of an iPhone 4S camera and a HTC phone camera. The Media Link feature was also detailed and we found out that now you can do video capture and photo capture at the same time on the new HTC devices, just like on the Galaxy Nexus.

More of that novelty and some conference atmosphere in the videos and gallery below: