ZTE came with blazing guns at MWC 2012 and they brought no less than 8 handsets to show. There were many midrange and affordable phones in Barcelona, including HTC One V, ZTE Acqua and Nokia Lumia 610. ZTE Acqua has a funny name that actually makes you think it’s spelled wrong, but there’s more to it than meets the eye. Now let’s see what the fuss is all about. 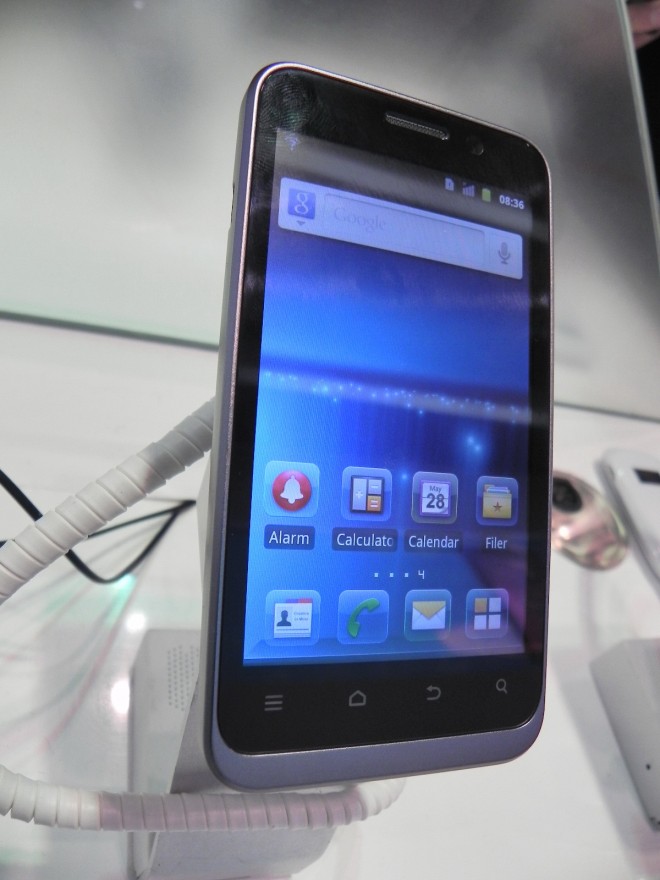 The phone only runs Gingerbread for now, but you should expect Android ICS to come to this handset soon enough. These hardware features are rather suited for a Windows Phone unit rather then an Android model from 2012. I’m also expecting a very reasonable pricing for the Acqua, maybe its availability for free with contract. This entry level phone comes with the following specs:

The design reminds me of some HTC smartphones, it comes with metallic edges and a case made mostly of plastic. At the back there’s an X texture and once you hold the ZTE Acqua in your hand, it’s a very light and ergonomic unit with a bright display. I’m really curios to see the ZTE phone with its single core processor handling Android 4.0, unless the ICS update was just bogus talk. Here’s the video preview: