We’re at the end of February and in a few dozens of minutes Spring begins. Technological rejuvenation is in order as well, not only the nature’s. Thus, it’s no wonder HTC and Samsung chose March 1st to deliver their keynotes and launch their flagships. That happens in less than 24 hours and we’re here to tell you when and where to watch the events.

HTC will kick off their presentation at 03:00 PM GMT and you’ll be able to watch the whole thing live here, via video streaming. HTC One M9 is expected to debut and over the past days we haven’t heard much about the HTC One M9 Plus, so we can’t tell for sure if it’s coming as well. The M9 is shaping up to be a bit of a letdown, since it resembles the HTC One M8 way too much, judging by the last minute leaks.

The only thing that could save it would be some kickass new services and apps, an incredible battery and camera that’s… pragmatically good. Then there’s Samsung Galaxy S6 Unpacked 2015 event, live streamed at 05:30 PM GMT time. You can watch the event here and as usual, Samsung will be ready to put on a song and dance, literally. Enthusiastic people will be on stage, overstating everything and praising the Galaxy S6 and Galaxy S6 Edge. 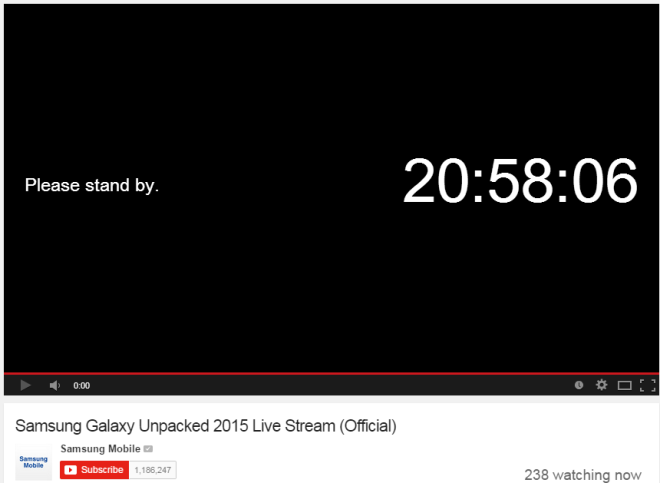 There’s still a bit of mystery surrounding this phone and right now we can’t even tell if it will have glass at the back 100% or not. We could also get some surprise announcements, like a new generation of Samsung smartwatches and new tablets, most likely the Tab A series models. What are you most excited about?