Home Android First HTC One M9 Hands on Clip Pops Up: a Comparison Between... 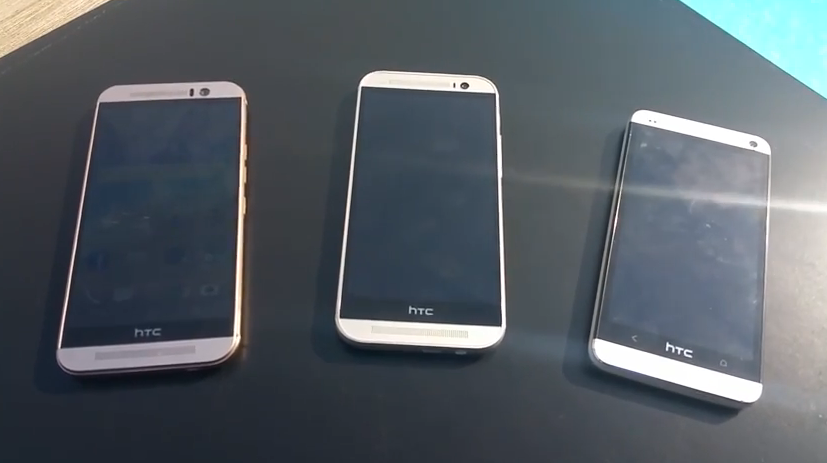 Here we are, less than 24 hours away from the big HTC One M9 unveiling and we’re being treated to a fresh leak, that involves a hands video with the device. It’s not just a regular hands on, but rather a comparison with the HTC One M8 and the M7. 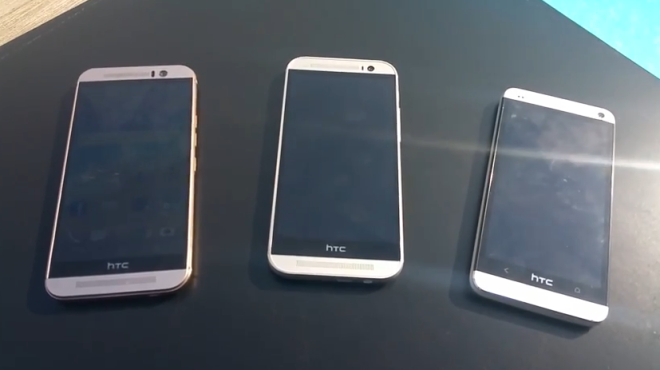 Some lucky guy, probably in Barcelona at MWC, judging by the pool and sun scored an M9 just enough for 2 minutes of preview. As you can see here, the design differences are minimal and anyone could easily confuse the three phones. Fingers crossed for the brightness of the M9 not being turned all the way up, otherwise, the screen is not that good in sunlight.

All 3 phones have a curved silver aluminum back, but the One M9 changes the sides a bit through a “dual finish metal unibody” approach. This means that in spite of the back being silver, its sides are golden. The volume and On/Off buttons are now on the same side and they’re very thin and separated. The Duo camera of the M8 was canned, in favour of a big singular back camera on the M9.

BoomSound speakers are still at the front and they look identical compared to the M8. That’s a bit of letdown, since we really liked the slit-shaped speaker design. What do you think of the M9?