Remember the iPhone concert held at the Wembley Stadium? Now, the iPhone is heading more and more towards the status of a phone slash musical instrument, thanks to a new mystery device. This contraption seems to incorporate 3 iPhones mounted to a laser cut body. 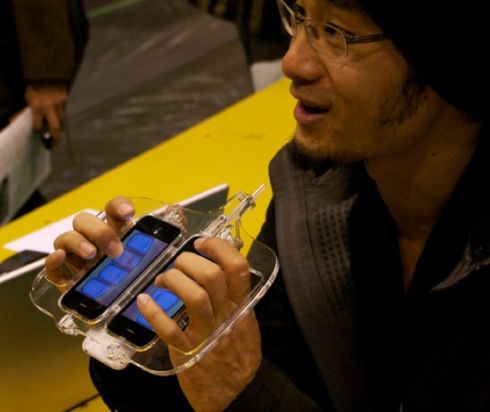 The user will have to blow a “whistle” to produce sounds and this gadget probably relies on the Ocarina iPhone app, as well. Taking into account the iBand, the concert and the whole Ocarina phenomenon, we’re really starting to see the iPhone’s real potential, as a multimedia device.

Who needs a Yamaha music tablet (supposed to be launched in the future), if you’ve got the iPhone to mix music with and use as a musical instrument?