Guess what’s for sale on eBay and looking pretty hot? If you’re willing for spend $485 (bidding starts at this price), you can get your very own Motorola Droid prototype, pictured below. 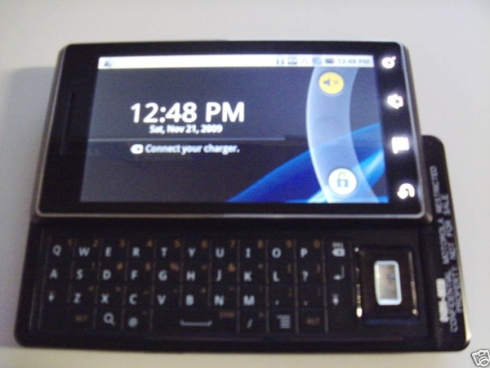 Apparently, this is a limited edition Droid handset, but chances that it’s a prototype are pretty slim. If you’re wondering about the differences between this handset and the original model, know that it comes with a chrome bezel instead of a black one, while the gold buttons get replaced by silver ones.

Also on the improvements list there’s some “enhanced LED lighting” on the front buttons. If you’re looking for a reason to buy this product, know that it’s theoretically one of the only five prototypes produced.