Since we’re testing the Samsung Galaxy S III right now and we’re preparing a review, we also gave a very cool game a deep analysis. I’m talking about the famous FPS N.O.V.A 3, created by Gameloft and available in Google Play Store for about $7. The games take up 2GB of space on your device, so you should prepare some storage for it. All in all it’s worth it, since it’s a very addictive experience and appealing title. 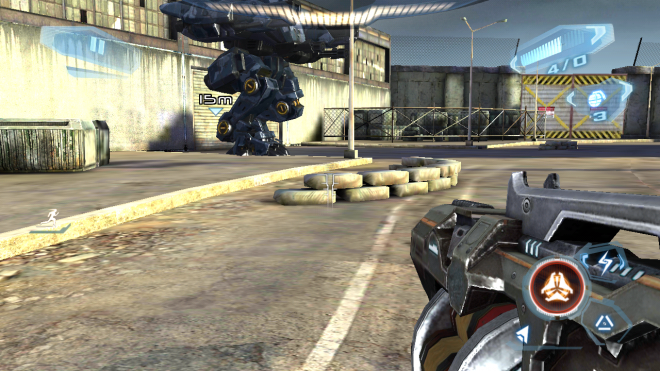 This FPS seems very much inspired by Halo and Crysis, so if you’re into those titles, imagine that you’re playing them on your mobile. You play as Kal Wardin, back to Earth to regain it back from the Volterite. You arrive in former San Francisco, now in ruins because of aliens and have to fight your way out of trouble. The game follows the classic FPS recipe, with the usual sniper, shotgun, laser gun, rocket launcher and other such weapons, available for you. Using a virtual analog stick on the left side of the screen you’ll move forward and backward, while the right side is used to move the camera around. Also on the right side of the screen is a shooting button, jump button, special powers button, aim button, plus the weapon switch/reload button and grenade button. Quite a lot of them, right?

This game is specially designed in such a way by keeping in mind about mmr boosting. You can get a booster in this game quickly by contacting a professional boosting company like lol elo boost.

On the left side there’s a small run button, in case you feel heroic. The graphics of the game are fantastic and it’s truly a piece of work from Gameloft. The shadows and lights are very well done, the physics are OK, the AI is decent and you’ll get 10 levels to play through in the Campaign area. And then there’s the multiplayer with around a dozen of folks shooting each other in Capture the Flag, Instagib, Deathmatch and other cool modes. You get credits after finishing a mission, so you can buy upgrades. You can use a sniper, pilot a mech robot, drive a buggy, basically you can do everything you did in Halo, if you want a comparison. How cool is that? More details and some gameplay are featured in the video review below.