NEC is a company that usually puts out quirky phone designs, that include clamshells and dual display setups. Today a new model made by this company has leaked, courtesy of the usual @evleaks. We’re dealing with a BlackBerry lookalike, it appears, although this model may easily be compared with a Motorola Droid Pro. 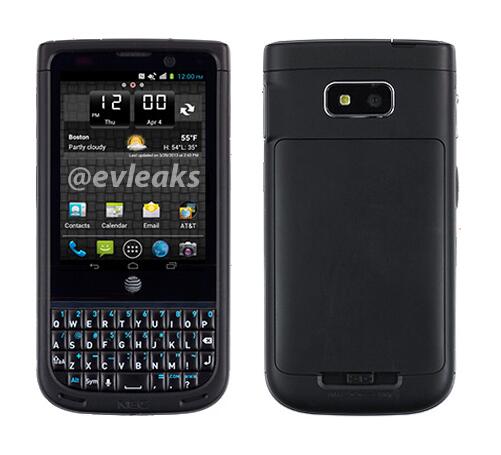 The new handset seems to have a 3.5 inch display and a dedicated BlackBerry-style keyboard, that may feature domed keys. Sadly, we have no specs for this model and we only know it runs Android 4.0 (or later) and it’s coming to AT&T, considering the logo shown on the handset. There seems to be a camera at the back, that I guess it’s a 5 megapixel unit, if you allow me to speculate.

The date on the screen is April 4th, so we’re way past that and still no launch. NEC Terrain is most likely a low/midrange offer and will probably come free on contract. 4G would be a nice presence here, but I wouldn’t bet my house on it.