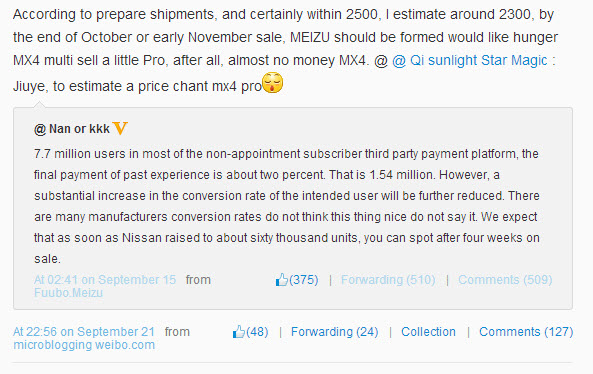 Respected analyst Pan Jiutang has revealed new information about the Meizu MX4 Pro, that was already expected to come in October. It appears it will arrive sometime between the end of October and early November and we also have pricing details. 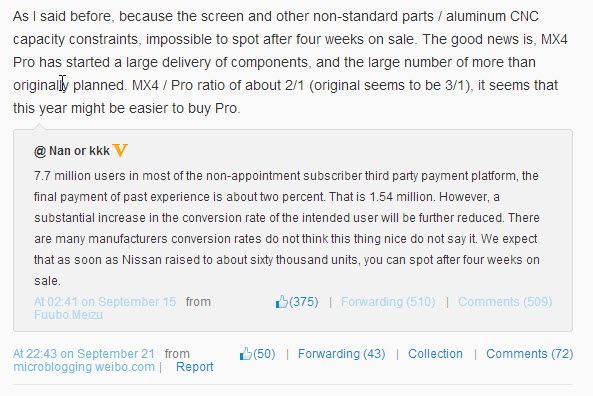 The new product will be priced around $400, or just a hair about it. It appears that the MX4 Pro components have already been delivered in large numbers, even more than initially planned. It also appears that Meizu is banking on the Pro, preparing more and more units, even more than the Standard ones. No word about the Mini version and the rumored fourth version we’ve heard mentioned a few times.

The very same product was said to bring 4 GB of RAM and it’s expected to come with a Samsung Exynos 5430 CPU, a 2K display and a 4G chip. There should also be a fingerprint scanner available , but be wary about the previously mentioned CPU, since in the end we could see the octa core Kirin 920 inside.