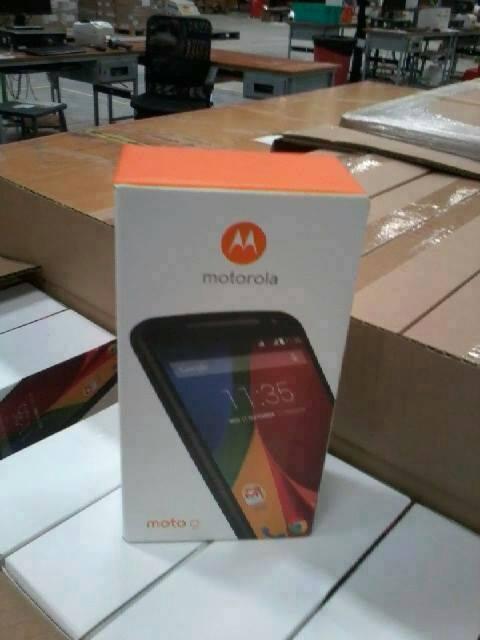 We knew that Motorola was preparing a new Moto G model, aside from the Moto X+1 for its September 4th event, but today we also learn an interesting fact about the name of the new midranger. Apparently, the device will be called Moto G as well, so there won’t be any big differentiation from its predecessor.

The info comes from Twitter user @iSaurabh28, who managed to get his hands on an early unit of the device, with official box and all. He got it from retailer Flipkart and the box seems to confirm the name theory. I’m guessing that Moto could still call it “The New Moto G”, to avoid problems with confusing the two models. Or they may just stop selling the predecessor alltogether.

The Moto G (2014) will debut in India on September 5th and Flipkart will sell it exclusively, so that’s how they know so much, according to this source.  The device is said to feature a Snapdragon 400 CPU, 1 GB of RAM and a 5 inch HD display. Another leak from Brazil mentions a price tag of around $445 for the new Moto G, that seems a bit steep. As shown in the tweet below the pricing is expected to be around 11.000 rupees, which should be $181. Is Motorola afraid to name this unit the G2 for fear of LG G2 confusion? I wonder…