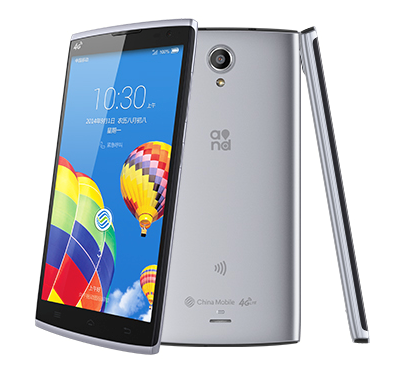 A while ago China Mobile debuted the M811 4G LTE smartphone, a midranger with $159 price tag. Now there’s a certain M812 out there, following the same general lines of features and design and proposing a price that’s a bit higher.

This model is branded China Mobile M812, so it’s probably made by a white box company and branded as the carrier wanted. This newcomer features an all metal body, a thickness of 8.5 mm and its specs include a 5.5 inch 720p display, as well as a 1.2 GHz quad core Qualcomm MSM8926 processor, 2 GB of RAM and 8 GB of ROM. There’s a 5 MP front camera, an 8 MP back camera, a 3100 mAh battery and support for TD-LTE connectivity.

China Mobile M812 comes with a microSD card slot and it’s priced around $211. It will go on sale on September 10th and its interface seems tweaked compared to the usual Android experience. This unit does seem a tad bulkier than it promises to be, but at least the bezels are narrow.