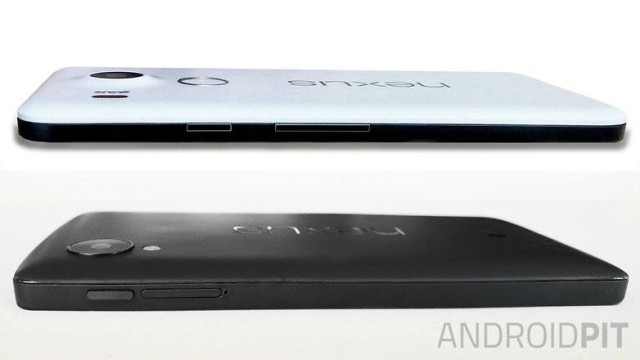 A fresh leak of the LG Nexus 5 (2015) has just happened, once again confirming the looks of the new flagship Google phone, the one to debut Android Marshmallow. The device is pictured below and doesn’t change anything from previous renders and hands on shots.

As you probably know, this year Google went with two OEMs, Huawei and LG, that had to deliver the upcoming devices, with some similarities. Those include fingerprint scanners, dual front speakers and a strong metal frame. AndroidPIT is the source of the new leak and they have a good track record, also being the ones who scored the previous leaked pics.

This picture shows the Nexus 5 (2015) and below it we see the original Nexus 5, also made by LG. The South Koreans haven’t strayed very much from the previous design, but the edges are more rounded. The buttons of the newcomer have been moved lower and while the upper button is the Power one, the lower one may be the volume button or maybe a SIM card slot.

Another thing I noticed is that the camera hump is a little bit bigger, there’s a fingerprint scanner and clearly the back is made of polycarbonate.