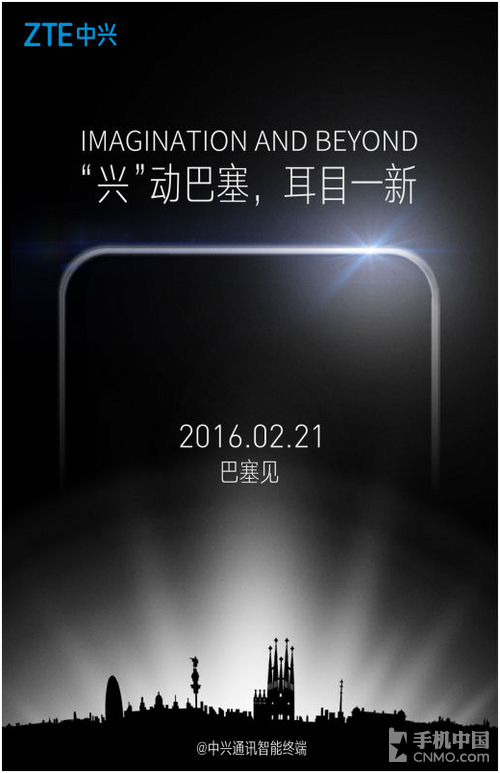 ZTE will also play a part in the MWC 2016 show in Barcelona, where they’ll bring the best and newest devices, including a high end model or two. The Axon range will get a new flagship and that model has been teased below.

ZTE has an event scheduled on February 21st and the company’s CEO has announced that the new model will be a flagship, within the Axon series. It’s expected that the new smartphone will have a fingerprint scanner, possibly also an eye and voice authentication method. The teaser seems to show a metal frame for the smartphone, tentatively called ZTE Axon II. I won’t be surprised if there’s a 2.5D panel in the mix.

Previous ZTE Axon units had Quad HD screens and 4 GB of RAM, but they were stuck at Snapdragon 810 CPUs. The new one may jump to a Snapdragon 820, maybe a 20 megapixel camera, seeing how the predecessor had a 13 MP dual camera package and obviously Android Marshmallow will be on board.