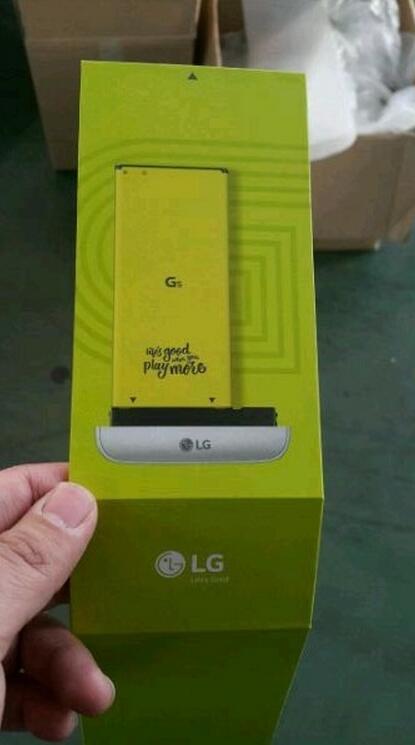 Just two days ahead of MWC 2016 we get to see the LG G5 again, or better said one of its components, the removable battery. We previously heard that the flagship was going to have a removable bottom part, through which the battery was going to be inserted, but back when this rumor surfaced, we didn’t quite believe it.

Now it seems more real than ever, judging by the picture above. The portion with the LG logo is actually the bottom part of the phone, that holds the microUSB port and microphone and LG must’ve found a smart way of detaching and reattaching connectors without hurting the mechanism. Last we saw the LG G5, it appeared with a beefy module on its back, perhaps a projector, seeing how it had a small rotating wheel.

The battery seen here is pretty generous and in the meantime LG also scored a deal with Bang & Olufsen, that will see high end acoustics on its devices. They were already top notch in this area, offering HiFi audio on their smartphones, but now they may also get a new generation of amplifiers, speakers, headphones and more.