We’ve recently heard a lot about the upcoming iPhone and iPad, but nothing about the exact new technologies they’ll feature. Now, it appears that MagSafe connectors and wireless charging may make their way to the new tablet and smartphone. Magnetic MagSafe connectors are the ones that Apple already uses on the MacBook laptops and this tech has a pretty long history, being first introduced in 2006. 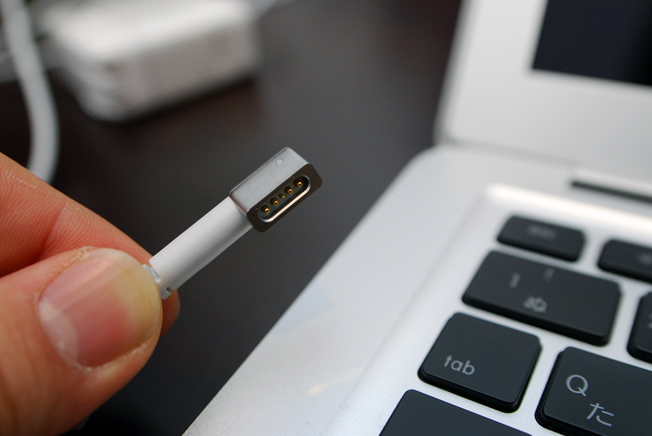 It has become a trademark element for Apple’s notebooks, that rely on small magnets to hold the connector in place. Patently Apple recently came across some interesting patents that reveal the fact that the Cupertino giant is working on expanding the magnet use on a couple of product lines. Coded magnets is what Apple is investigating and one possibility is a connector that replaces the current 30 pin dock on the famous iDevices. The resulting magnets included in both cables and device will be coded with information that will be sent when magnets enter in contact with each other.

Another thing that Apple is exploring is a new stylus technology for the iPad, with a design that includes coded magnets placed on the tip of the device. The pen can be placed in a dock connected to the iDevice and exchanges data with the unit. The magnets involved here are a great security feat, since the magnetic coding in each stylus is unique, so it only functions with a certain iPad unit. Wireless charging is also found among the patents, but let’s see how many of these ideas actually leave the drawing board and reach the market this year… since some of them sound pretty futuristic and complicated. 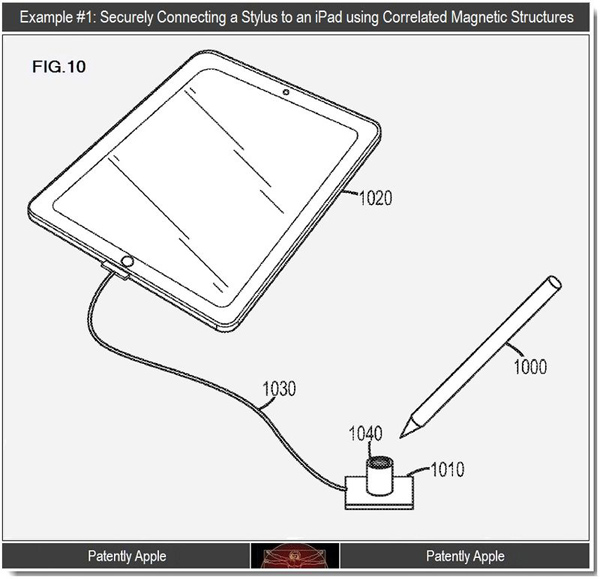