HTC Titan II, the first 16 megapixel mainstream phone, announced at CES this month has just been spotted at the FCC with AT&T LTE included. The device was discovered in official documents with the codename HTC PI86100 and it seems to support AT&T-specific LTE bands (4 and 17). Documents show that a production unit of the handset will arrive pretty soon, although we have no idea when. 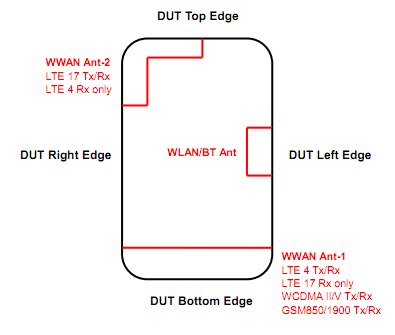 As I said, the Titan II was showcased at CES, in Las Vegas and it’s a follow-up to last autumn’s huge display Windows Phone model, the Titan. It keeps the big screen diagonal of 4.7 inches, the 800 x 480 pixel resolution and it’s still a pretty heavy and thick unit, at 13mm and 147 grams. It doesn’t have a memory card slot, but what it does have is a potent 16 megapixel camera with autofocus, dual LED flash, BSI sensor, image stabilization and the surprisingly underwhelming 720p 30 fps video capture.

It appears that this model also has a secondary camera, a 1.3MP sensor. The CPU inside is a Qualcomm S2 Snapdragon 1.5GHz one and we also get DLNA, HSDPA, stereo FM radio with RDS and a Li-Ion 1730 mAh battery. If you had to choose between this phone and the Nokia Lumia 900, what would you choose?