Samsung Galaxy S III has been a rumored smartphone for a while now, but it’s becoming more and more real through the leaks that detail its features or various pictures claiming to portray it. Now we have a codename that leaked from Samsung’s official website, GT-I9300, that fits right in with the Galaxy series, as you’ll find out after the break. 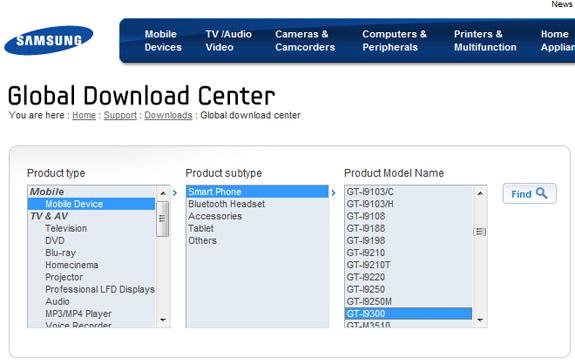 That also happened with the Galaxy S II last year, that entered Europe in Spring and reached the USA towards the year end. As far as specs go, I’ve heard a lot of theories tossed around, with quad core Exynos processor, dual core 2GHz units, a 12 megapixel camera, a 4.6 inch 720p display and 64GB of internal memory. Fingers crossed for actually seeing this phone at MWC!