Google is about to officially launch the Nexus 5 any day now, with the favourite date in the media being November 1st. Till that date comes, we’re stuck with leaks and the latest one is as official sounding as it gets. 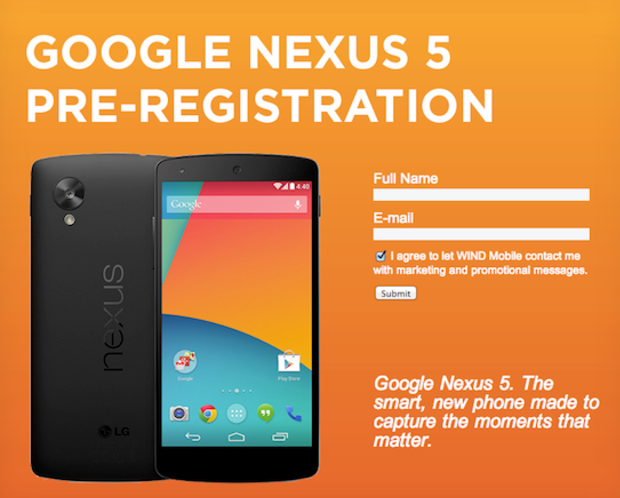 Canadian carrier Wind Mobile launched a pre-registration page for the upcoming Android handset and it even published some specs. The internals shown here match those shown in previous leaks and in FCC filings, so there aren’t many surprises here. Wind is saying that the Nexus 5 will feature a 4.95 inch 1080p display, a 2.3 GHz Snapdragon 800 processor, 2 GB of RAM and it will come in 16 and 32 GB configurations.

Nexus 5 will integrate a rear 8 MP camera with OIS, it will measure 8.59 mm in thickness and weigh 130 grams. We’ll also get a SlimPort on board, dual microphones and ceramic power and volume buttons. Android 4.4 KitKat is obviously the OS and the debut date can’t come soon enough! 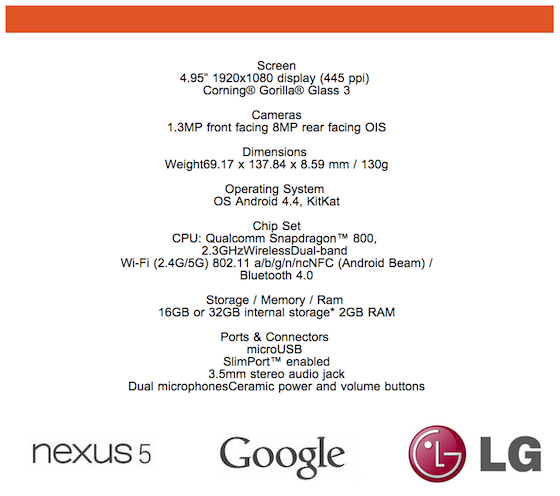