All of you who woke up this morning hoping that the update for Nexus One was in fact Gingerbread will be disappointed to hear that this is yet another Froyo upgrade. The software reaches version Android 2.2.2, build FRG83G and you can manually download the needed files from here. 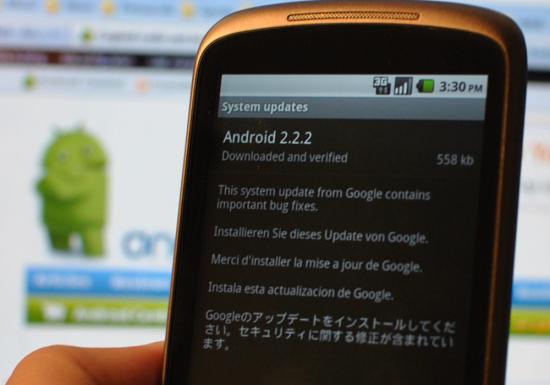 The software pack measures a mere 558kb and focuses on “certain bug fixes” according to Google. It’s strange to see Nexus One still playing with Froyo, mostly because Nexus S has already been out one month, with Gingerbread on board. Where’s the love for Google’s first Phone?