The famous ROM creator NRGZ28 is responsible with many ROM versions for HTC devices and now he’s just announced a switch to Android. After a lengthy work on Windows Mobile, he claims that Windows Phone 7 is too simple for him and he needs a greater customization power, only found on Android. 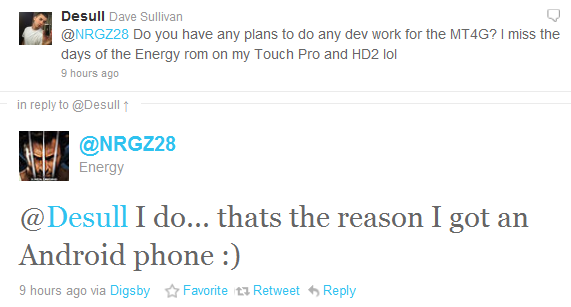 NRGZ28 has also become the user of a MyTouch 4G unit, after getting bored (as he claims) with his Android phone. Considering this current device, we should expect an Android customized software for this phone soon. We remind you that one of this developer’s greatest achievements was the dual-boot hack on HTC smartphones.

Will he develop the usual ENERGY ROMs for Gingerbread or start with Froyo and previous versions?