Get ready folks, for our very first review, the one of a Windows Phone 7 device. LG Optimus 7 is the handset in case and having also tested HTC HD7, we have to say that this is a quality unit. 14:59 minutes of pure raw analysis are available after the break, possibly making you decide whether to buy this device or not. 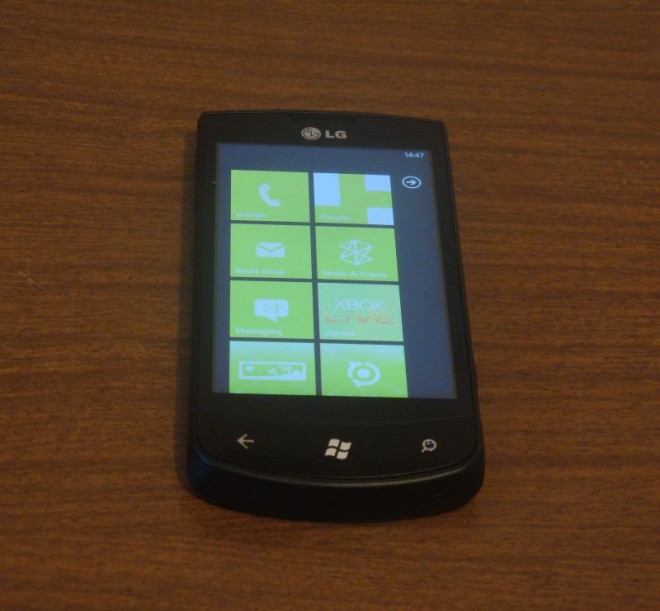 Also known as the LG E900, this handset features a 3.8 inch 480 x 800 capacitive touchscreen, that behaves great. The quality is incredible, which you’ll realize when zooming into pics on the phone. It was very easy to get to know WP7, since the OS is very intuitive and you’ll get accustomed to it maybe faster than to Android or iOS.

Since this is WP7 after all, we’re lacking copy/paste and genuine multitasking (although you can listen to music and play games at the same time), but they’re coming, maybe in the first update of the OS. Also, Bluetooth compatibility with quite a bunch of devices is not present and neither is Adobe Flash support (also coming with the update).

The most impressive thing on the phone was the Zune player, that even made us give up Winamp, Windows Media Player and iTunes alltogether. It behaves great, both on the phone and PC and everything’s so simple and well-organized that you’ll even consider buying a Zune Player. Another great thing is the camera on this device, the 5MP sensor with support for 720p 24 fps video capture and tons of options to modify. You can add effects, change brightness, active a powerful flash and since we’ve mentioned brightness, we have to say that the display on this device is a bit too bright for our liking, even on the lowest setting. 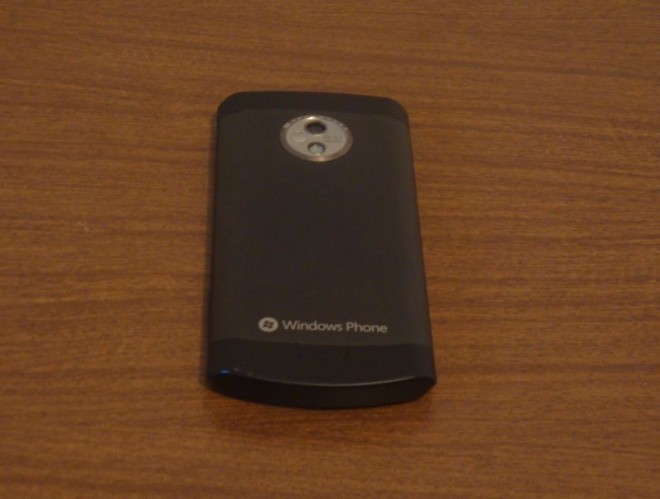 Under the hood there’s a 1GHz Qualcomm Snapdragon QSD8650, 16GB of memory, 512MB RAM and 512MB ROM. Unfortunately, this is all the memory you’ll be getting, since Microsoft decided not to use memory cards and turn to the future, as we’ll have to work with cloud solutions. The battery on this LG phone is a Li-on 1500 mAh unit, that should provide 330 hours of 2G talks, although we kind of pushed it hard with WiFi, Bluetooth, 3G and location turned on, barely squeezing a couple of hours from it (camera used a lot and music playback). 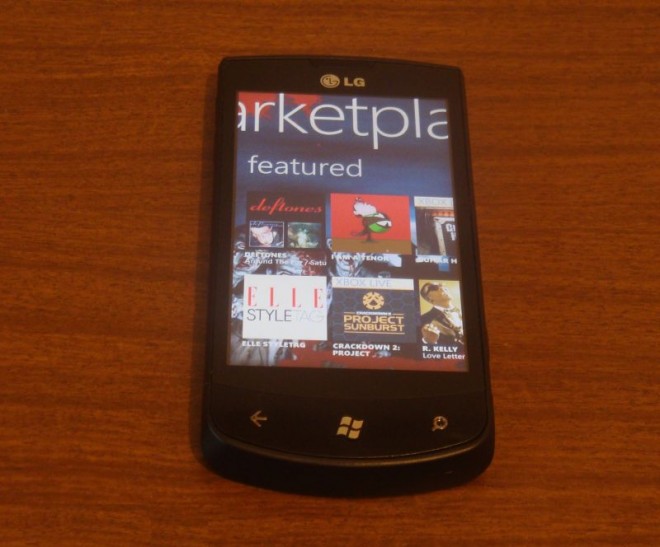 The Xbox Live games are pretty entertaining and if you’ve ever used an Xbox, messing around in the Gaming Hub on the LG Optimus 7 will be a breeze. Only last thing is that the smartphone’s back case is a bit flimsy, while the headphone jack leaves too much metal exposed and the microUSB lid needs some solid fingernails to remove. Other than that this is a solid phone, well worth the buy, especially if you want to commit to WP7.