The folks who are playing with a Samsung Galaxy Nexus right now must have noticed that something’s missing… well there’s a name for that something: Adobe Flash Player. The software is not available on the latest Android phone, as pointed out by the guys of Slashgear. 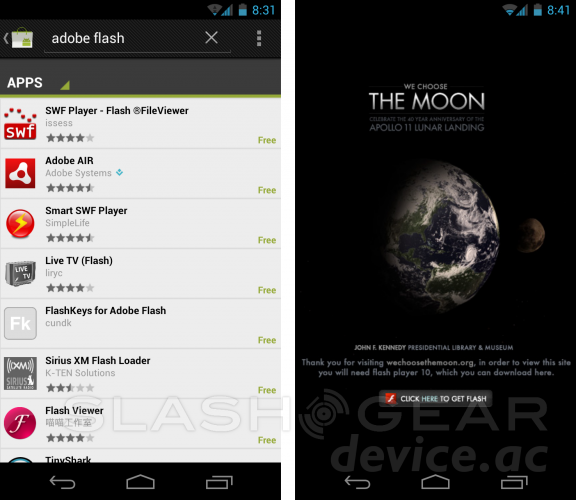 Google claims that Android Ice Cream Sandwich doesn’t support Flash right now and you can’t even download it from Android Market, since it doesn’t seem to be there. The search engine giant promised that Flash support will come once Adobe decides it and considering that days ago they announced that they’ll give up Flash on mobiles, there’s little hope for an update.

Ice Cream Sandwich sadly doesn’t offer the option to install an older Flash Player, so it seems that Steve Jobs was right and now Flash is a dying technology. Adobe aims at moving on to the modern HTML5 technology, but the transition will take a while and probably Android 4.00 will get its share of Flash, at least as a temporary measure.