This weekend started with a very nice leak, as the Nokia 303 low end-ish handset appeared in a review at the Ovi Store for an Angry Birds app. Following that, the phone was detailed in specs and an image by an anonymous source on mynokiablog. 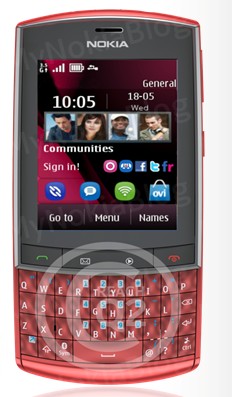 The device looks a bit like the Nokia X5, although it’s a bit less wider. We’re talking portrait QWERTY here and a design that looks like the Palm Pre. The display is a QVGA one, with 240 x 320 pixels of resolution and the OS of choice for the Nokia 303 is S40 6th edition FP1. This phone’s specs list also includes a 3.2 megapixel camera with full focus, a microSD card slot with up to 32GB of storage and WiFi.

Add to that HSDPA connectivity, a 3.5mm audio jack and a touch & type input method and you’re all set for a genuine hit. Of course, take this with the usual grain of salt, but this is way too complex to be a mere fake or doctored pictured. The question is: what’s the price for this baby?