The lovely guys and gals of CNET did a very interesting battle of the top notch smartphones, to see which one is better when it comes to photography. They pit the Nokia 808 PureView against the iPhone 4S and HTC One X, with the result being the pictures below. This is a camera comparison that’s very interesting, especially since it shows that the One X is far behind the two other models, while the iPhone 4S is dangerously close to the PureView. 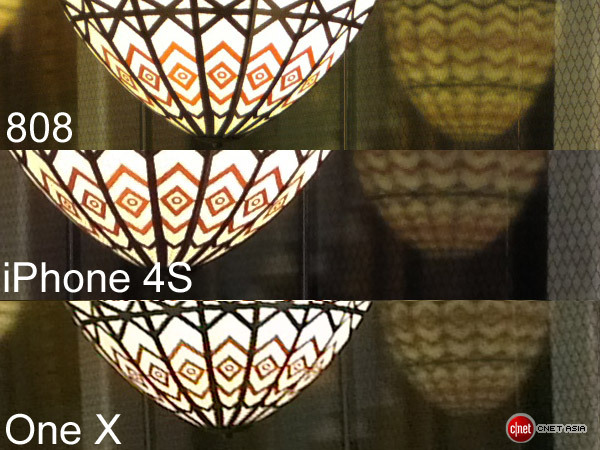 The reason why the iPhone 4S was chosen here is that it’s considered one of the best smartphones when it comes to camera nowadays. In order to perform these tests, CNET shot all photos at 8 megapixels and on default settings. Nokia 808 PureView was set to capture photos at “PureView resolution” and highest quality and it had the upper hand here, thanks to the pixel overlay technology. This one makes 7 pixels on the sensor into one super pixel. Indoors the iPhone almost won the battle, capturing the best picture based on exposure when viewed on the monitor. 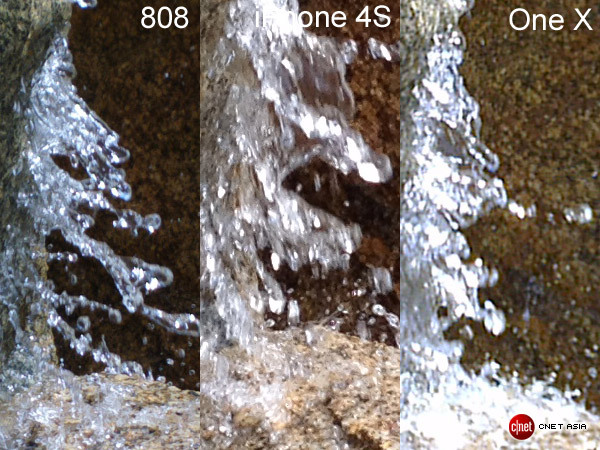 When zoomed in for a 100% crop, the Nokia 808 had the best level of detail. Nokia 808 won this test in the end, with true color reproduction, whole the iPhone 4S had too warm colours and the One X had oversharpened images. As far as shots in action, the iPhone managed to get the colours and exposure right, while the 808 managed to get all the detail, obviously, meaning that all the water droplets were there. One X was overexposed sadly. The 808 wins again…

In macro mode the iPhone did pretty well, actually better than the Nokia 808 PureView. The latter couldn’t handle the focusing distance well. The HTC One X and its imaging algorithm didn’t handle the task, resulting in a very grainy shot. The iPhone 4S stood out there. For the full batch of tests you should check out CNET’s piece, although it’s pretty clear the 808 smashes everything. 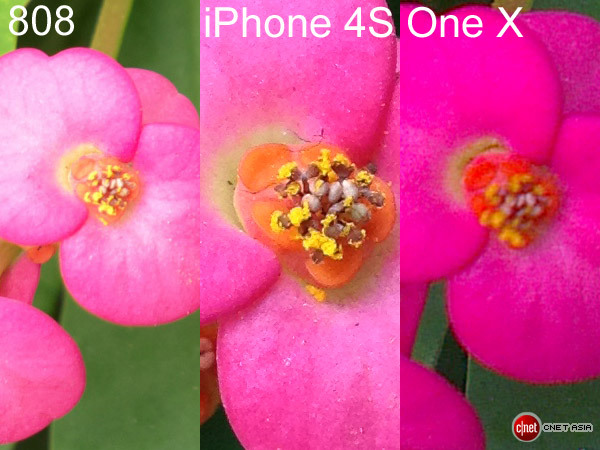