While we found many rumours indicating that Nokia could turn Ovi into an OS, the company’s not all by itself in this duel with other handset manufacturers, as it’s  just teamed with Intel for a new project. Bearing the name of oFono, this project is all about open source telephony and could bring voice calling and SMS to Maemo and Moblin devices. 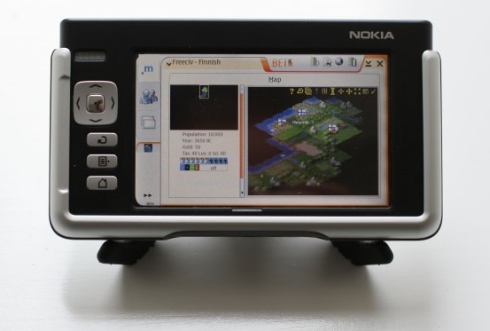 oFono should be an open source telephony framework for the Linux platform, being used as an abstraction layer that features a high level API for app developers and a plugin API for cell modem software. Why Nokia and Intel? Well, the Finns have the brains behind the Linux-based Maemo platform, while Intel has designed the Moblin Linux platform.

While the first is used on Nokia’s Internet Tablets, Intel’s software is designed for Atom-based netbooks and MIDs. The collaboration between the two might spawn new Internet Tablets from Nokia, with support for voice calling or a new category of Maemo-based devices. In the meantime, Intel will be featuring the Atom processor on as many netbooks as possible, some of them even featuring Moblin 2 as the platform of choice.

For  now, oFono remains an efficient way of bringing voice calling to MIDs, a blessing for hardware makers in dire need of new features.