Samsung i7500 and HTC Magic are two of the hottest Android handsets of 2009 and CNET Asia has decided to create a duel between the two, by posting new pictures of the devices. There’s no clear winner so far, since both phones are very appealing and in case one of these will be a best-seller, it’ll be determined by the carrier’s offer. 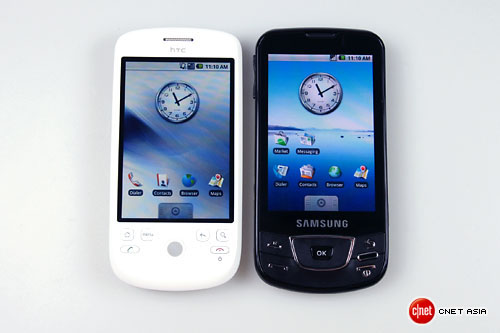 Samsung i7500 is very appreciated for is 3.5mm headphone jack, 5 megapixel camera and AMOLED display, while HTC Magic gets props for its great trackball. The devices are similar in size, shape and even specs, so making a decision when buying your first Android phone just became harder… Price and carrier offer will help you decide! 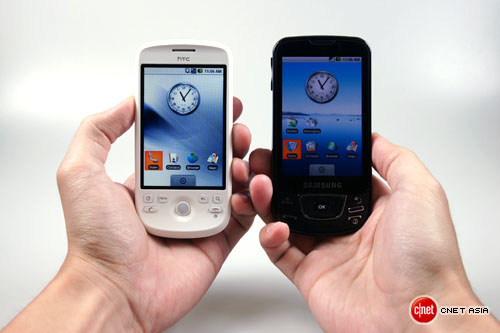