It seems that the rumors regarding S40 handsets with 1GHz CPUs were real. If I remember well, they appeared before the N9 was announced, as people supposed that the 1GHz units was the announcement that we were going to get. Well, we had a bit more than that, the very first MeeGo phone and right now we give you the S40 handset with 1GHz chipset. 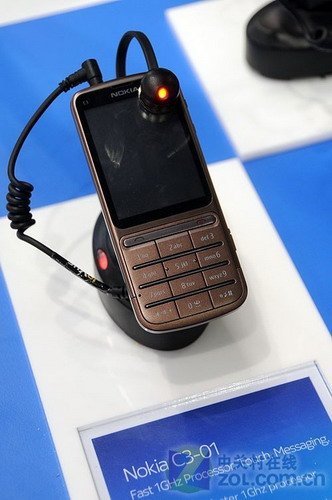 This is the Nokia C3-01.5, a very strange branding even for the Finnish company. This model is based on the S40 platform and it is identical to the C3-01 Touch and Type phone, maybe apart from the specs. Last we heard, Nokia was supposed to debut phones with S40, 1GHz processors, 512MB of RAM and ClearBlack displays, plus hardware QWERTY keyboards.

Well, they delivered on the chipset and software, but the rest is not quite what we expected. This is more of a revamp of the C3-01 Touch and Type, with processor and RAM upgrade. This modification may have been done in order to make the handset able to run Windows Phone 7 in the future. What do you say?