Motorola Titanium, a brand new portrait QWERTTY device is headed to Sprint, where it will be available starting July 24, priced at $149.99. This means you have plans for this Sunday, according to the press release that Sprint spread everywhere. 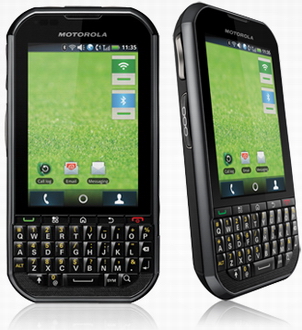 Motorola Titanium is an Android smartphone with military spec certifications, making it resilient to dust, shock, vibration and low pressure. Solar radiation and high temperature are also tolerated easily by this device. Aside from the portrait QWERTY keyboard, you also get a touchscreen on this device.

The only bad thing about Titanium is its software: the Moto phone runs Android 2.1, that’s basically antique right now. Let’s just hope for an update as soon as possible. Back to the specs, this model features a 3.1 inch HVGA capacitive touchscreen, WiFi, GPS, stereo Bluetooth and a microSD card slot. There’s also a 5MP camera at the back.