The iPhone 4’s antenna issue is on everyone’s lips these days and even Nokia discussed the topic, via an email sent to IntoMobile. The Finns mentioned they invested tons of time into solving this issue and also tease Apple for their problems in the same e-mail. 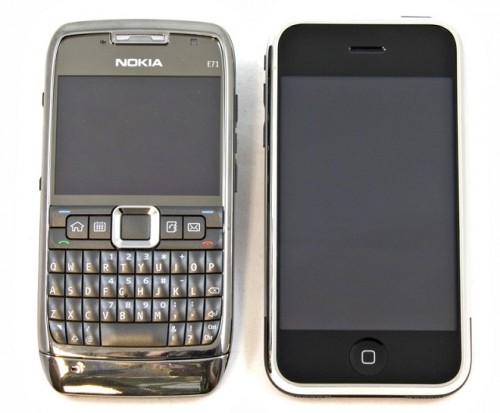 Nokia claims that in general a tight grip will affect the use of your phone, but the Finnish company has already thought about that and invested thousands of man hours in studying how people hold their handsets. One of the solutions they found was including both an antenna at the top of the handset and one at the bottom.

Thanks to such innovations, you can hold a Nokia handset anyway you like now. However, we have to mention that Nokia had its own issues in the past, with the E71, suffering from much the same defect as the iPhone 4, “Death Grip” and all. For now Apple is satisfied with giving people free bumper cases to solve the signal issue, but there must be a better solution coming…