Or at least that is what the result of the 2008 Mobile Choice Award says. There you have it! The phone of the year is one which leverages QWERTY keypad and buttons instead of the much praised touchscreen feature. 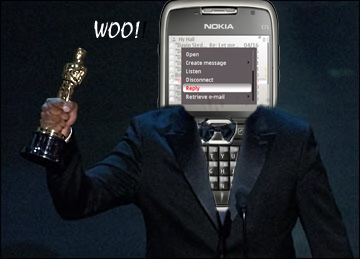 The iPhone was chosen by the readers for its popularity, but experts said otherwise. Nokia 71 also came first at the “Best Smartphone” category. From this point on, Samsung stole all the attention, being awarded as “Best Manufacturer”. The company also won at “Best Cameraphone”, with Samsung i8510 and at “Best Music Phone”, with Samsung F400. O2 was the operator of the year, while Virgin Mobile got the prize for “Best Customer Service”.