This is probably the best Nokia concept phone in 2009, so far! Fabien Nauroy created the very neat Nokia E97 concept, drawing his inspiration from paper mail. The handset’s display can be detached from its main piece, as if you were pulling a paper out of an envelope. 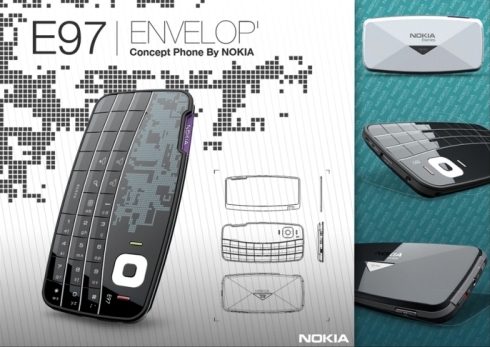 E97’s screen is based on E-ink technology and you can pass it on to your friends, so they can have a look at video content and images. Also, you might want to know that the detachable display incorporates 4 or 8 GB of memory thanks to a memory stick and the screen can be used as an USB Flash Drive. 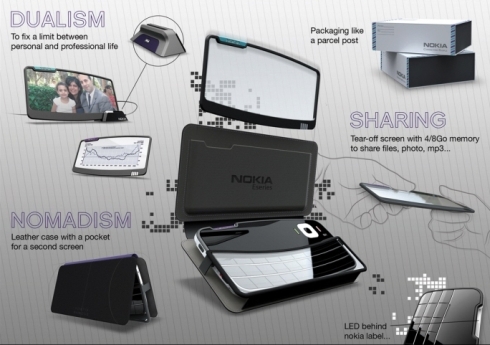