The Nokia Lumia 1020 is the logical follow up to the first Pureview 808 handset, but this time with a more modern design and OS. The device was launched this summer and now that we’re doing a recap of the reviews we haven’t detailed for you, the turn of this cameraphone has come. We’re dealing with a 41 megapixel cameraphone here, one that’s priced at about $600 in USA right now. 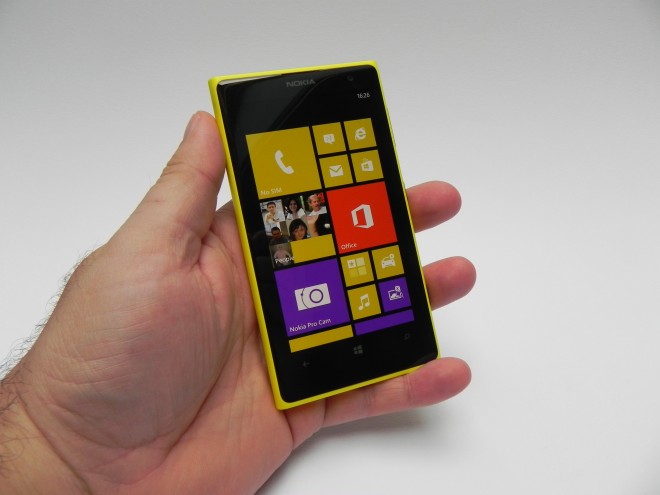 The device’s design keeps the format of the Lumia 920, at least at the front, while also making the product lighter, at 158 grams. It measures 10.4 mm in thickness and the camera protrudes quite a lot out of the body of the device. The case is solidly build and we’ve got a matte finish that we prefer to a glossy one. Nokia Lumia 1020 adopts an unibody design, relies on a polycarbonate case and offers good grip.

The handset is hard to use with one hand, because it’s so wide, even though the diagonal is relatively small. This model is fingerprint and dirt resistant and its buttons are made of aluminum, as well as the camera module. We dig the design, in spite of the camera bulge at the back. As far as hardware goes, there’s a 4.5 inch display upfront, a ClearBlack AMOLED screen with 1280 x 768 pixel resolution, as well as PureMotion HD+ technology. 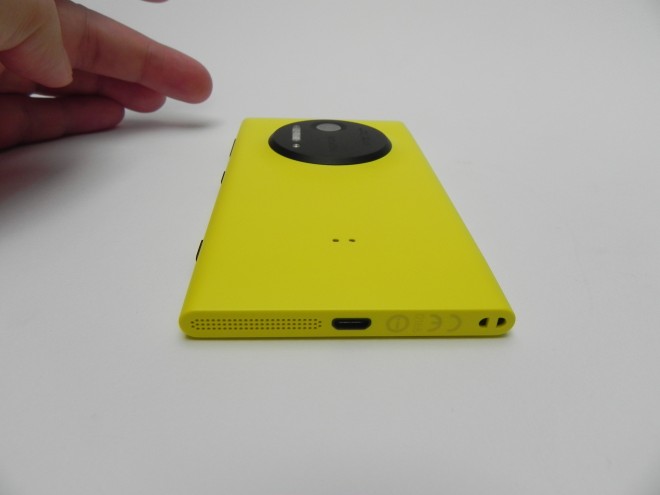 It has Gorilla Glass 3 protection and continuing the specs list, this device packs a dual core Snapdragon S4 Pro 1.5 GHz CPU, with an Adreno 225 GPU. We also get 32 GB of storage, no microSD, 2 GB of RAM, HSDPA 42 Mbps connectivity, WiFi dual band, GPS, Glonass, Bluetooth 3.0 and NFC. The back camera is a 41 MP Pureview unit, while the front one is a 1.3 MP shooter.

There’s also wireless charging available here, FM radio and a 2000 mAh battery. This one offers 6 hours of HD video playback, which is not that impressive, but at least it charges in just one hour and a half. We’ve also got special battery saving settings that will add 1 or 2 two more hours of battery life so overall the functioning time is pretty decent. 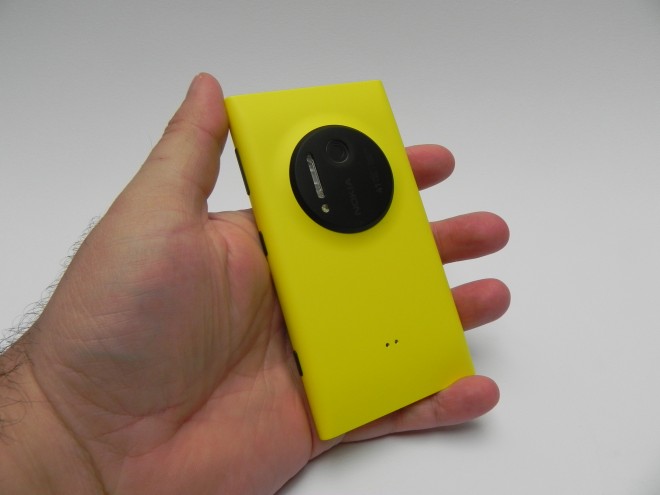 On the audio side, we get comfy headphones, special Dolby and EQ settings and as far as the acoustics go, the bass is powerful and the speakers are loud. At max volume the speakers may be distorted a bit but the headphones are simply superb. They’re on par with the Apple EarPods if you ask me. On the video side, we’ve got that 4.5 inch screen, with vivid colors, naturally deep black and special settings for sunlight readability and battery saving.

The display allows you to change color profile, meaning temperature and saturation and it also works with gloves. The viewing angles are good the in our tests the screen achieved 395 lux units and showed us a Pentile Matrix. Lumia 1020’s display is thus pretty bright, much brigther than the one of the Galaxy S4. The sunlight behaviour is not that impressive though… 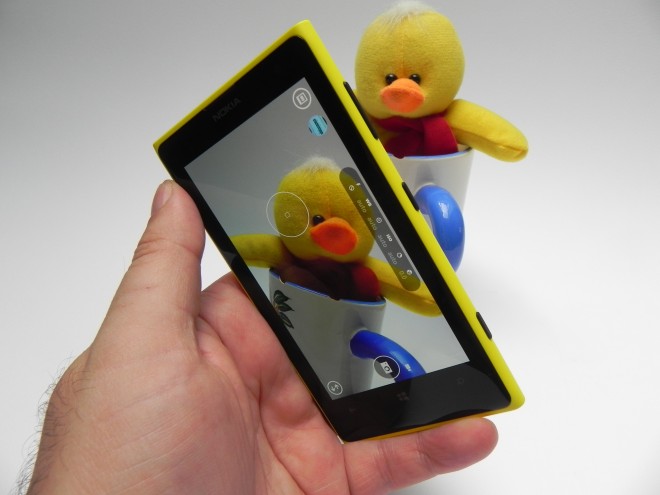 And now on to the main appeal here: the CAMERA. This 41 megapixel shooter has a 26 mm Carl Zeiss lens, F/2.2 aperture, optical image stabilization, 6 element lens and a LED plus Xenon flash. The sensor measures 1/15 inches and the pixel size is 1.12 microns here. Pureview technology is embedded in the mix and the Lumia 1020 is able to take 2 shots, a 38 megapixel one and a 5 megapixel one for easier social networking sharing.

The 5 megapixel one also relies on oversampling with lossless zoom technology. The camera uses 5 plastic lenses and one made of glass, while the optical stabilization is done with the aid of tiny motrs and gyroscope, to compensate motion. The main camera UI features options like Scenes, ISO, exposure and white balance. We’ve also got that Lenses system that includes a bunch of options like panorama and such. Then there’s the Pro Cam application that allows you to drag the shutter icon in order to trigger all the settings at the same time. 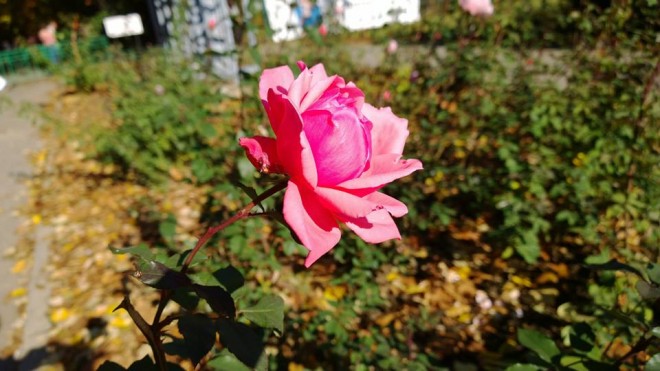 The sliders available here include white balance, manual focus, ISO up to 3200, shutter speed up to 1/16.000, exposure and you can adjust them all in real time at the same time. We’ve also got Smart Cam, that takes burst shots in a few seconds and then allows you to choose the best shot, create an action shot or add some blur to emphasize movement. Then using the same set of pics you can delete moving subjects. 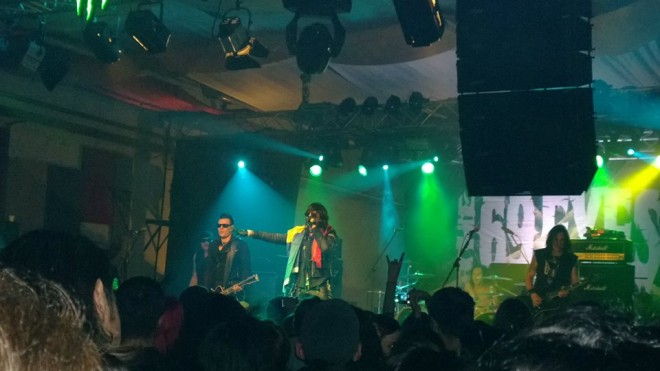 As you can see, we had a few samples that were oversaturated, like those roses for example. However, the level of detail that the camera offers is great and even when you zoom in, the details are impressive. There’s no HDR mod, but we have an automatic bracketing option, that snaps 3 or 5 pics with various exposures.

When filming you can zoom up to 4X in 1080p and 6x in 720p, plus there are two microphones capable of Rich Audio Recording here, that we used at concerts. Video capture is done in Full HD at 30 FPS and we’ve also got the Cinemagraph app o make GIFs, if you want variety. The night capture is very good with the camera, both video and photo, plus we tested the cam by shaking and the stabilizer was top notch.

Overall, this is a fantastic camera, apart from the oversaturated pics. Moving on to the software, the web browser is fast and the device only reaches 31.8 degrees Celsius after a long period of video playback, so no problem with overheating here. On the benchmark side, I compared the Lumia 1020 with the Lumia 920 and the Lumia 925. In AnTuTu the first scored the most, 12.204 points, but in BrowserMark 2.0 we were beaten by the other two models with 1597 versus 1600 on both.

In Sunspider we got 911 on the Lumia 1020, only to get beaten by the Lumia 925, since the lower is the better here. Finally, in WPBench we scored 223 points, 4 less than the Lumia 920 and 7 more than the Lumia 925. The phone calls are very loud and clear on this device and noise canceling is top notch here, courtesy of a dual microphone. We’ve also shown you HERE Drive+ in the video review and its offline maps, global coverage, free lifetime voice guided navigation and excellent features. 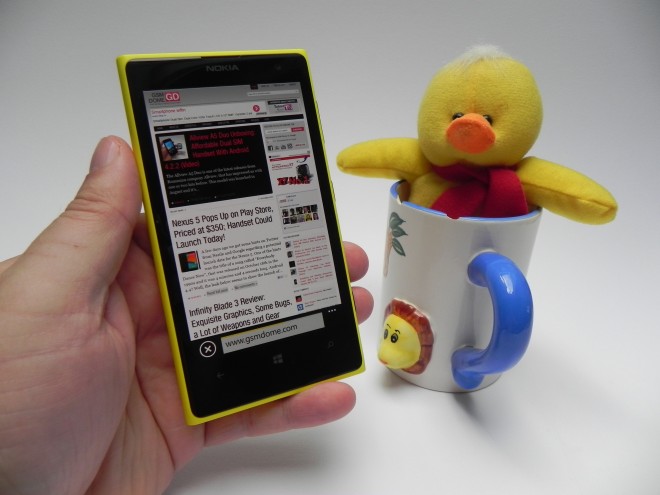 There are also speed alerts and ideal routes to choose here. Here Maps is also shortly demoed, as well as Here Transit, a very cool app that shows you how to get around more efficiently using transportation. Then there was the Photo Beamer demo and finally we proceed to the verdict.

Here are the Pros of this phone: