Samsung Galaxy Core Advanced was officially unveiled this week, as a new 4.7 inch smartphone, that stands out from the crowd through its use of 3 physical buttons below the screen. 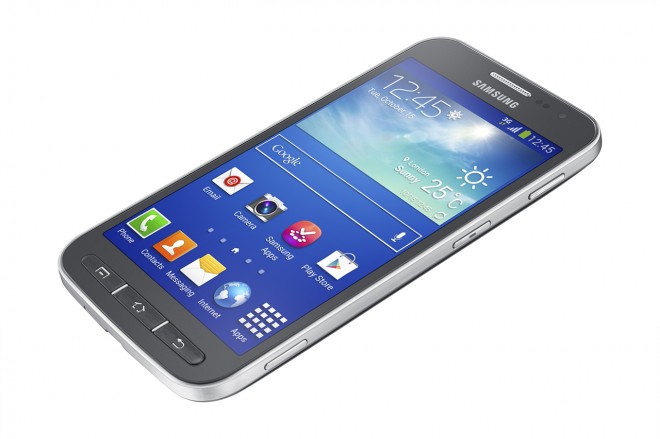 The design is similar to previous Core series devices, like the Galaxy Core and Core Plus, but the specs have evolved. We now get a 4.7 inch TFT display with WVGA resolution, a dual core 1.2 GHz CPU, 1 GB of RAM and 8 GB of storage, plus microSD. The handset measures 9.7 mm in thickness and weighs about 145 grams.

At the rear you’ll find a 5 megapixel shooter, while upfront there’s a VGA camera. This device doesn’t support LTE, in case you’re wondering and it runs on Android 4.2 Jelly Bean, while packing a 2000 mAh battery. No idea what the price will be, but we know the handset will come in early 2014 in Deep Blue and Pearl white.