This week we’re testing the Nokia Lumia 1020 cameraphone, a 41 megapixel device, that gets unboxed in the video below. The device was announced in July and it’s priced at $199 in USA on an AT&T contract. 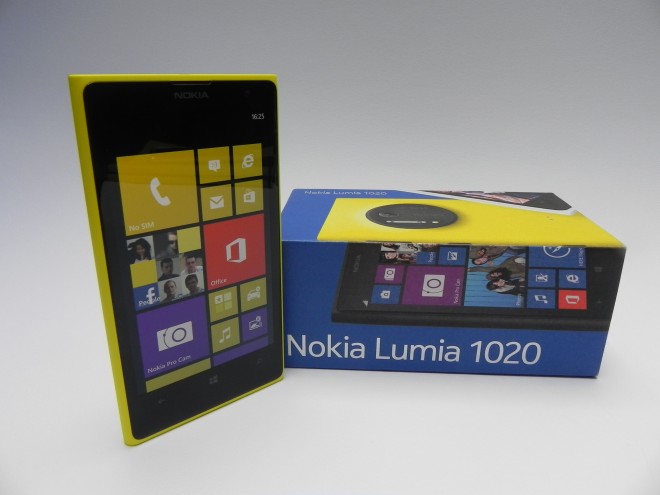 Nokia Lumia 1020 measures 10.4 mm in thickness and weighs 158 grams and while it’s not as heavy as it looks, it’s pretty wide. The specs list of the handset includes a 4.5 inch 1280 x 768 pixel display, a PureMotion HD+ screen with a 60 Hz refresh rate and a 15:9 aspect ratio. This screen uses a ClearBlack AMOLED panel and other specs of the cameraphone include a 2000 mAh battery, NFC, 4G LTE, 2 GB of RAM and 32 GB of storage.

The ticker of the phone is a dual core Snapdragon S4 Pro 1.5 GHz processor, but the star of the show is a 41 megapixel Pureview camera, with Xenon and LED flash, Carl Zeiss optics and optical image stabilization. We’ve also got a 1.2 MP camera at the front and I have to praise the matte finishing of the device, that finally gets rid of the glossy and slippery case from previous Lumias.

We’ll be back with a full review before you know it.