Nokia World 2011 starts in less than 12 hours and it’s going to be the unveiling moment of Nokia’s first Windows Phone devices. We’ve seen the Nokia 800 and Sabre leaked already and even the Nokia 900 aka Ace showed us its face in a recent leak, but the authenticity of the handsets wasn’t confirmed up until now.

What you see here are official slides form the Nokia World 2011 presentation, that confirm the Nokia Lumia 800 and Lumia 710 handsets. It appears that in the end Nokia Searay aka Nokia 800 aka Nokia N800 will be called Nokia Lumia 800, while the Sabre model will be called Lumia 710. Things to expect here are an identical twin of the N9 in the case of the Lumia 800 and a brethren to the C7 for the Lumia 710.

Both run Windows Phone Mango, as does the Nokia 900 model, that packs the biggest display of the bunch. Lumia 800 is supposed to feature the exact same design traits of the Nokia N9, aside from the extra camera button and capacitive buttons for WP7 under the display. Lumia 710 will be a lower end handset, while Nokia 900 comes with a 1.4GHz CPU, 8MP camera and other goodies. More info at Nokia World 2011 when it starts! 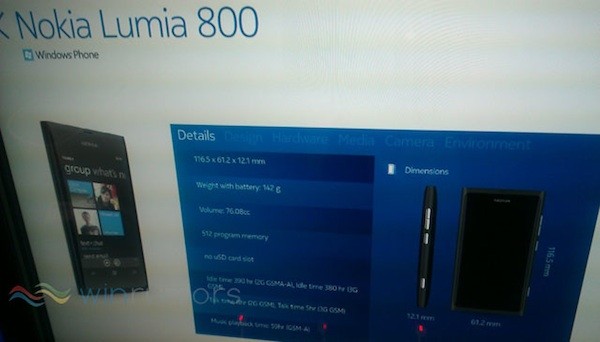 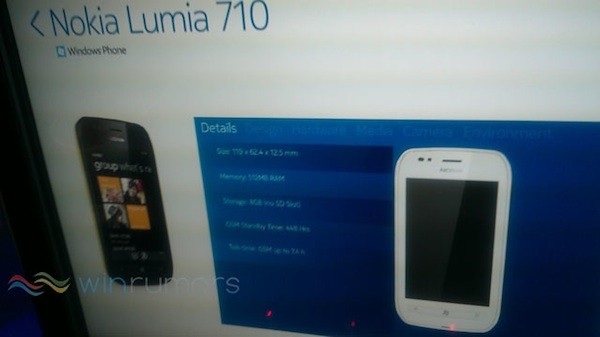