Nokia Lumia 900 is the third Windows Phone model made by Nokia that arrived at our HQ and we had a fun time reviewing it. This model now goes for as low as $49.99 on AT&T in USA, so it’s a hot seller, but is it really worth it, considering there are quite a few appealing HD display handsets with Android out there? Let’s find out! 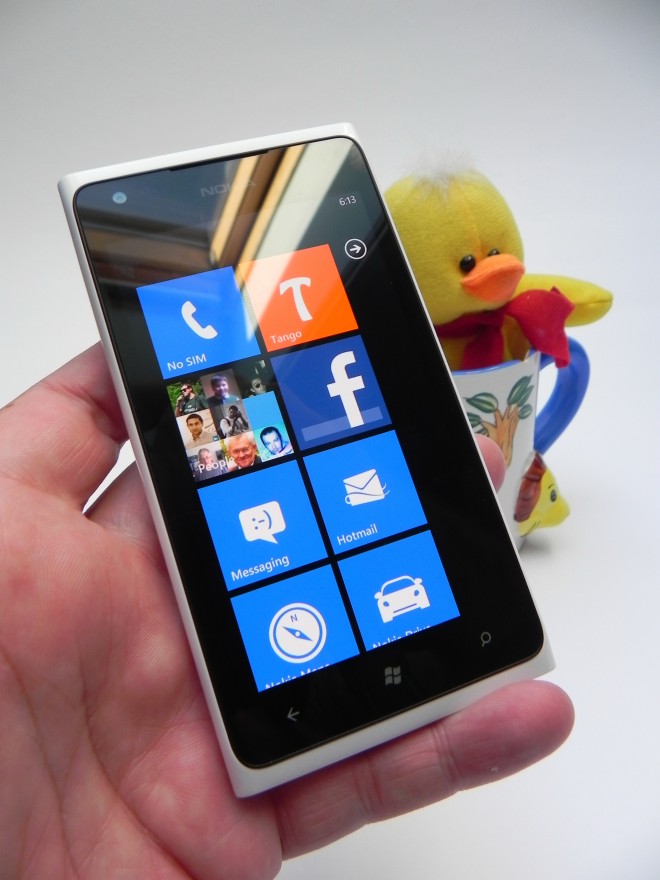 The handset is available in black, blue, white, magenta and other hues and it was announced in February, also being showcased during Mobile World Congress 2012, where we had some quality time with the device. It was launched in USA first and believed to be an US-only product, but now it finally reached the rest of the world. Particularly Europe had to face an unpleasant delay. Anyway, know that this model will not get an update to Windows Phone 8, but instead it will receive WP 7.8 as consolation.

It also got some nifty camera apps, but only for users in the USA and China and that happened recently, so you can look them up. As you can see, the Lumia 900 keeps the trademark design of the Lumia 800 and Nokia N9 and the surprising thing is that once you put on top of the Galaxy Nexus, for example it feels bigger and bulkier. It’s too heavy and thick to be appealing, if you ask me. The device uses a polycarbonate shell and gathers all the buttons on the right side, including camera button. 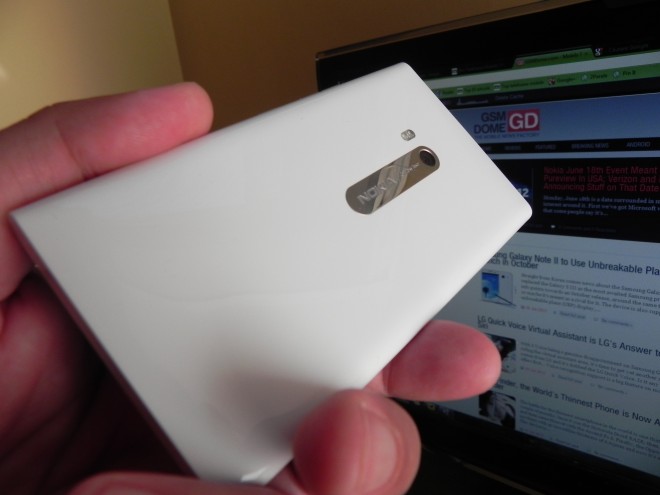 Up at the top it has the microUSB port, audio jack and the microSIM card slot, accessible with a special pin included in the package of the phone. The device has an 8 megapixel camera at the back a front VGA camera. Below the display there are the 3 classic Windows Phone buttons, while at the bottom part of the device there’s the speaker. The smartphone measures 11.5mm in thickness, weighs 160 grams and feature a 4.3 inch AMOLED ClearBlack screen with a 480 x 800 pixel resolution. It’s saturated and bright, behaves great in direct sunlight and it’s protected by Gorilla Glass.

The brain of the phone is a Qualcomm Snapdragon 1.4 GHz single core CPU of the Scorpion kind and other specs include the Adreno 205 GPU, 16GB of storage, 512MB of RAM and HSDPA 42 Mbps connectivity. There’s also WiFi, Bluetooth 2.1, microUSB 2.0, an accelerometer, gyroscope, proximity sensor, compass, stereo FM radio, GPS and Glonass. The battery inside is a Li-Ion 1830 mAh unit, good enough for 7 hours of 2G talk time and about 1-2 days or normal usage. 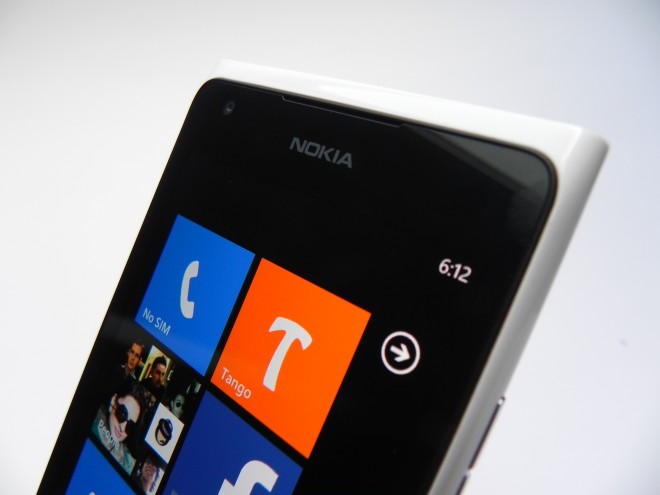 Windows Phone 7.5 Mango is the OS of choice here, with the usual multitasking via back button kept pressed and if you keep the Home button pressed you’ll reach the voice command area. As far as media goes, the audio volume is good, music sounds great and so do the calls. On the video playback side, videos look crisp, clear, colours are saturated and viewing angles are good. Too bad you have to convert files via Zune to play them on the handset. At the back we have an 8 megapixel camera, that while not so good indoor, it’s excellent outside. It comes with Carl Zeiss technology, autofocus, dual LED flash, geotagging and does 720p video capture at 30 fps with very good bitrate. There’s also a stabilizer available and at the front we have a 1MP camera for VGA capture.

You can press the camera button while the phone is in standby mode to wake it up. The device obviously comes with Nokia Maps and Nokia Drive, just like the Lumia 800 The virtual keyboard is comfortable to use and the browser loads pages fast, although you may not feel used to that lower area address bar, even after a while of using it. I know I’m not… And then there’s the People Hub, for all your social needs, there’s Xbox Live for gaming and customizing your Xbox avatar and the Marketplace for downloading games and apps. 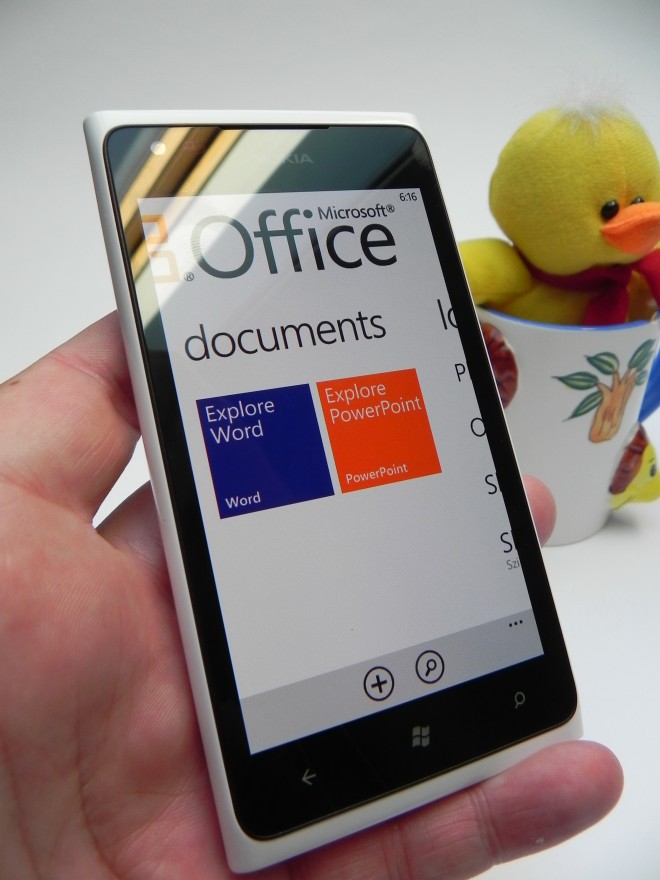 And now the verdict! On the plus side, the Nokia Lumia 900 has a pretty good camera, decent looks, simple OS and pretty good battery. It also has very good video quality and crisp display, plus good audio. On the cons side, the price may be too big, off contract I mean. Also the size is huge for a phone that’s inferior to other devices with bigger screens and stronger CPUs. It won’t get WP8, which is a bummer and it has no microSD card slot, while also repeating the same design as two other Nokia phones, so once again a minus.