Nokia N9, the first MeeGo phone and one that’s supposed to skip the UK and US at launch time has now reached the FCC. The US authority tore down the handset, in order to reveal its components and test them. The pictures below show you what you can expect from this model, as far as components go. 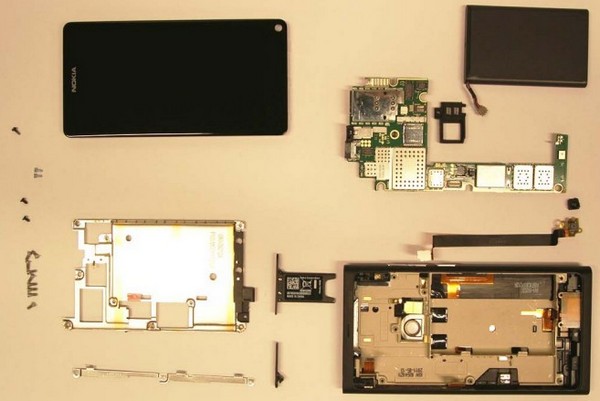 The FCC tests confirmed quadband 2G and pentaband 3G connectivity in the 2100/1900/1700/900/850 MHz bands. WiFi 801.11 a/b/g/n will function in the 2.4 and 5GHz frequencies and the models tested were the 16GB and 64GB flavors. Last we heard, the 16GB unit was coming with a $660 price tag and supposedly the MeeGo smartphone will reach the market in September, at least in Sweden, according to inside sources.

Internal photos from the FCC reveal a tiny SIM tray and a 1,450 mAh battery that uses a wired connector, meaning that you won’t be able to remove the battery by yourself an you shouldn’t. Will you get the N9, the first and last MeeGo phone? 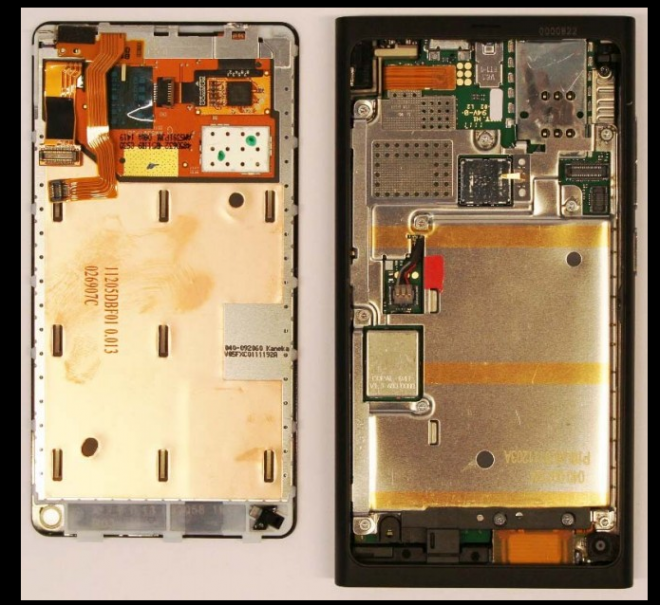