After speculations and a sighting of the Nokia Sea Ray Windows Phone handset, now the device returns, this time in a very convincing video. The clip comes from China, revealing the long awaited Nokia unit with Mango OS on board. We remind you that this model first appeared in a leaked presentation shown internally by Nokia CEO Stephen Elop. 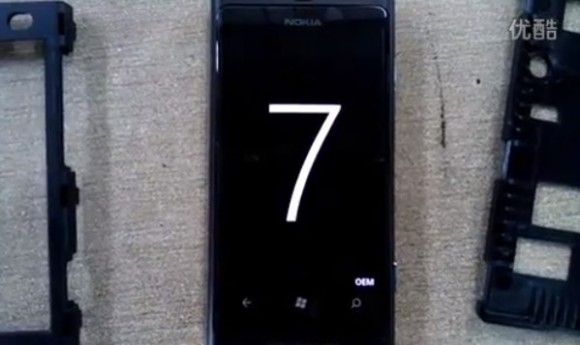 As you can see, Sea Ray comes with touch sensitive buttons and reveals the same chassis as the Nokia N9 plus the camera button. The smartphone looks very thin, it sports a 3.9 inch capacitive display and it will be interesting to find out what CPU is inside. Nokia relied on a TI OMAP 3630 CPU on the MeeGo N9 phone, but Microsoft requires a Qualcomm chipset on its Windows Phone units. Which one will Nokia choose?

The software doesn’t get a very extensive demo in the video below, as we’re shown the boot screen, that display a “Q” probably standing in as placeholder for the carrier symbol shown in the future. We expect to see this model getting an official announcement this fall and being launched by the year end.