It’s been a while since we saw a Nokia concept phone, but this design looks good enough to make up for the lost time. Nokia X9 packs a 12 megapixel camera, that makes us feel sorry that it’s a mere design and we also have to mention that its looks are based on Nokia X6. 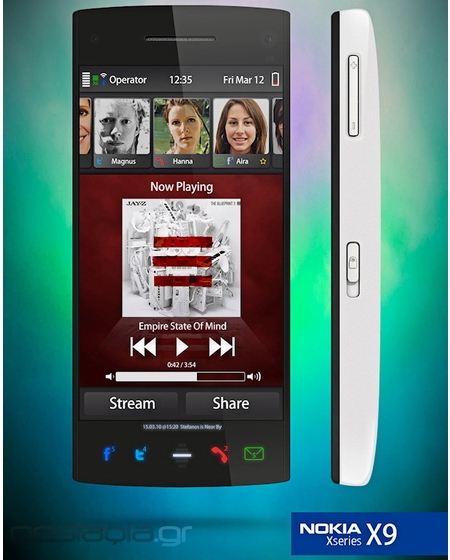 Nokia X9 comes with Facebook and Twitter dedicated keys. support for 720p HD video capture, a quad LED module, a capacitive touchscreen display and a microSD card slot. Dual micro USB connectivity is also on board, as well as push notifications and the ability to share and stream music via Over the Air connections.

Symbian^4 would look great on this device, that also uses a HDMI port and all the multimedia goodies one can hope for. 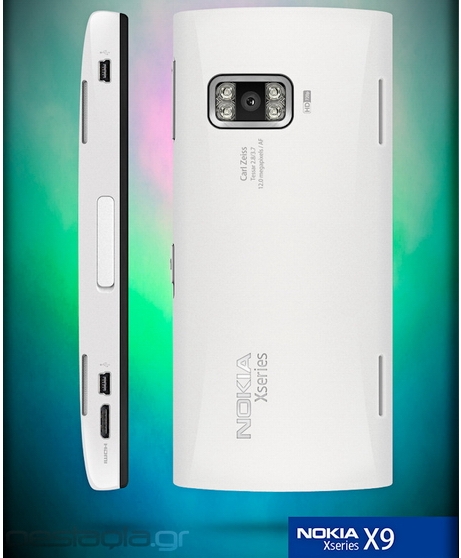