NTT DoCoMo, Japan’s top mobile provider recently claimed that it intends to launch a “Google Phone” in 2009, one of the many follow-ups to the famous G1. This move is clearly meant to go against Softbank Mobile, third largest carrier in the country, that is selling the iPhone 3G in Japan. 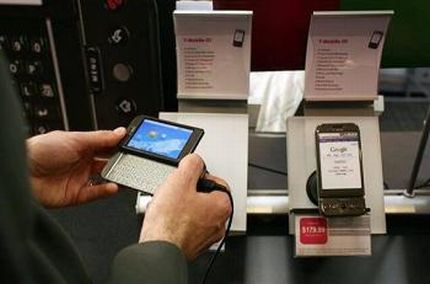 Although the iPhone isn’t “big in Japan”, it did increase the sales of Softbank, that also got more customers than its two main rivals, NTT DoCoMo and KDDI Corp in the last quarter. DoCoMo won’t work alone with Google on the new device, as there are rumours of cooperation with South Korea’s KT Freetel, although the info hasn’t been confirmed yet.

According to Japanese newspapers, the new Google phone would feature a keyboard and a touch display and come 20% cheaper than the rest of the handsets on the market. Now let’s see a concept of the device, before praising it and let’s hope that it’ll come with more advanced software than G1.