We mentioned previously that the sudden price change of the Nokia 5800 XpressMusic in Spain surprised us, as the device went from EUR 279 to 429. Now, the mystery has been solved, thanks to Eldar Murtazin from Mobile Review.

Turns out that the new price includes a Christmas bundle: a 100 EUR voucher for music downloads from the Nokia Music Store, 3 months of subscription to Nokia Maps Navigation service and other minor stuff. 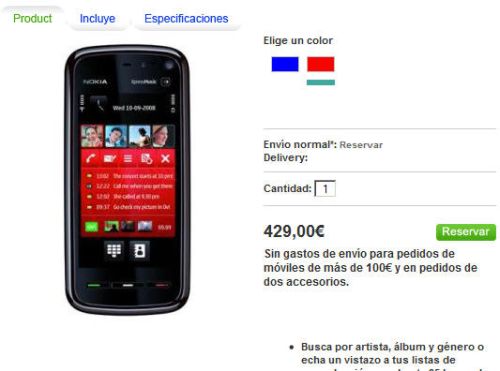 This move is meant to stop speculators, who buy cheap handsets from one country and sell them in another, where the phone’s official price is higher. If you still want the cheaper Nokia 5800 XpressMusic without the 100+ EUR bundle, you’ll have to wait till it becomes available in this version, which will happen in 2009.

For example, in Germany, Nokia’s touchscreen music phone will be available for EUR 299 starting January.