A recent research on smartphone purchase tendencies, done by YouGov shows that the number of folks willing to buy a Nokia phone has dropped a lot. This study includes smartphone owners and we find out that in the last 8 months, the percentage of people who would choose a Nokia device as their next handset has dropped from 46% to 33%. 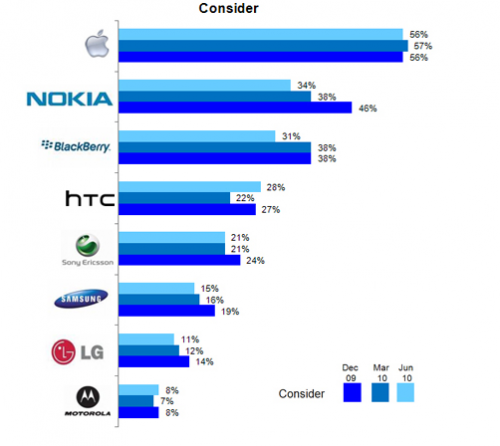 A mere 10% expect to buy a Nokia device, down from 19%, as it was shown in previous survey. The smartphone buying tendencies list has Apple on the first place, with 56% of the questioned people saying they consider an iPhone for their next phone. 41% of the interviewed smartphone owners will be buying an iPhone, once they switch handsets. 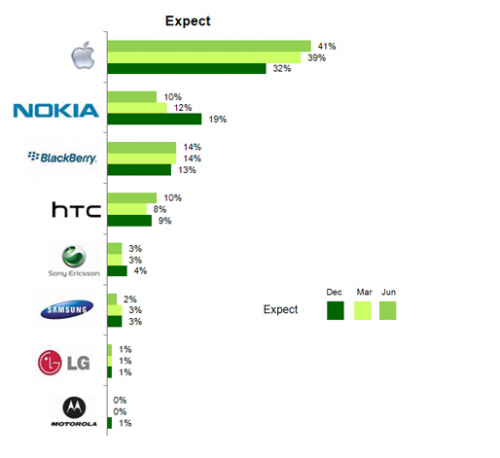 Meanwhile, the number of people who would buy a BlackBerry (31%) or HTC (28%) is surprisingly low, considering the quality of the smartphones made by these companies. Also, 70% of iPhone users would advise their friends to buy such a handset, while only 12% Nokia owners would do something like this.

The reason for Nokia’s poor image on the smartphone market? The lack of apps, the bad OS and the constant look for innovation, that’s failing right now.