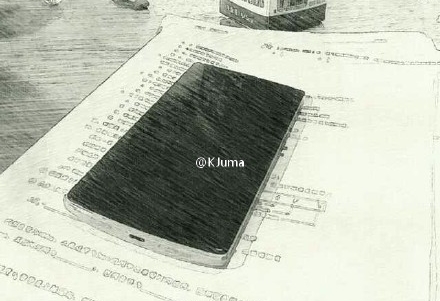 As you already found out, on July 27th, the Chinese company OnePlus will launch its 2nd smartphone on the market during a pretty interesting event that includes VR. We also discovered from official teasers that OnePlus 2 will bring an octa-core Qualcomm Snapdragon 810 processor and an USB Type-C port that offers higher data transfer.

While the rest of the specs are still unknown, today we have the chance to find out more about the phone screen size and something about its device. According to the @KJuma Weibo account, OnePlus 2 will bring a 5.5 – 5.7 inch display with unknown resolution.

In the same time, this Weibo users suggest that OnePlus 2 will look pretty much the same as the actual phone available on the market, but with some changes like metallic parts in the case and more holes for the speaker at the bottom. Apparently the new phone will measure 5-6 mm in thickness, so we’ll get a pretty thin device.